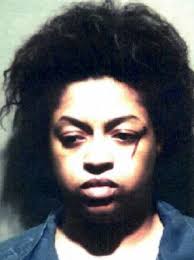 28-year-old Maryland resident Zakieya L. Avery (28) and her friend Monifa Sanford (21) stabbed her two babies, Norell Harris (1) and Zyana Harris (2,) to death during what they said was an exorcism Montgomery County revealed Saturday.

Two older siblings Taniya Harris (5,) and Martello Harris (8) were able to survive the brutal attacks. Although police say it didn’t appear that the women were performing a ritual, they say they were trying to release demonic spirits that had possessed the children. “This was all about what was in their minds,” said Capt. Marcus Jones. “They felt like there was something bad going on with the children, and they were trying to release it.”

Both of the women have been charged with two counts of first-degree murder and two counts of attempted first-degree murder. Police discovered the women, the murdered, children, and the surviving children after neighbors called them about suspicious activity. Thursday evening a neighbor noticed one of the children in a car alone, so they called 911. Soon after that, the two women came out of their townhouse and told the women to mind their own business. When police arrived that night, they found no suspicious activity, so they left. The next morning a neighbor saw the car door opened, a knife on the ground beside it, and blood, so police were called again. Someone had left keys in the car, and when the police arrived, they used the keys to get in the townhouse where they found Zakieya, who promptly bolted out the back.

Zakieya Avery’s step-grandmother Sylvia Wade, is in shock about the situation. “I cried until I can’t cry anymore,” she said. “Some people are calling what she did evil. She is humble and meek. . . . To me, it takes a sick person to kill something you brought into the world. I don’t know what triggered it. She wasn’t herself. When a person is not of themselves, they are not responsible for what they are doing. They are in another zone.”

Zakieya frequently posted photos of her children on her Facebook page, but she also often posted statements about her love of God, and fear of Satan. November 21, 2011 she posted:

“People are being deceived left and right every day and don’t care to realize it. They think it’s safe and everything’s a game when this world is owned by satan himself who wants to dumb us down to think there’s no consequences for what we do.”