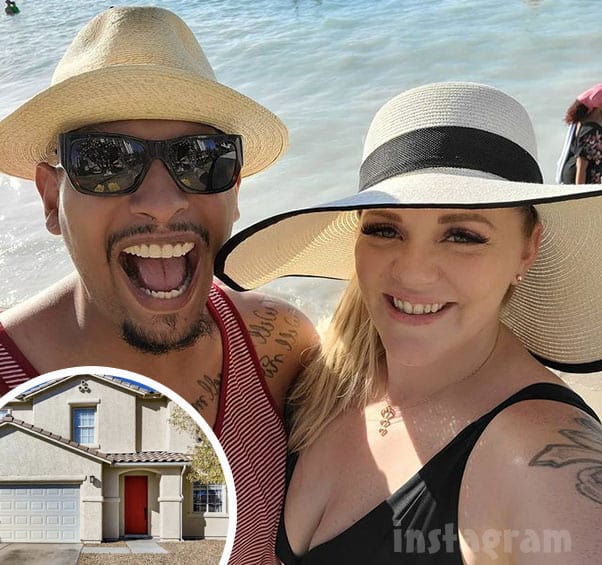 Love After Lockup and Life After Lockup‘s Brittany and Marcelino Santiago seem to have fared quite well during the COVID-19 pandemic! The reality star couple purchased a beautiful 2,791 square foot home in January, and Brittany surprised Marcelino with a trip to Hawaii for his birthday earlier this month!

Neither Marcelino nor Brittany have officially revealed their new home purchase on social media, but their upgrade is quite obvious in the background of many of their videos and photos posted over the past six months. If you’re curious about the specs on the Santiago’s new digs, we’ve got those from the listing.

The 2,791-square-foot two-story house is located in north Las Vegas and has four bedrooms and three bathrooms. It was built in 2004, but the property got a complete overhaul in 2019 with new air conditioning and heater units, new kitchen and bathrooms, new fireplace, new appliances, and new wood laminate flooring. The kitchen and bathrooms have quartz counter tops and the master bath includes a fully renovated walk-in shower with bench and dual shower head.

There is a two-car garage as well as a below-ground pool in the backyard. The property measures 4,791 square feet.

Here are some sample photos from the listing followed by some Instagram video and photos of the Santiago family enjoying their new home: 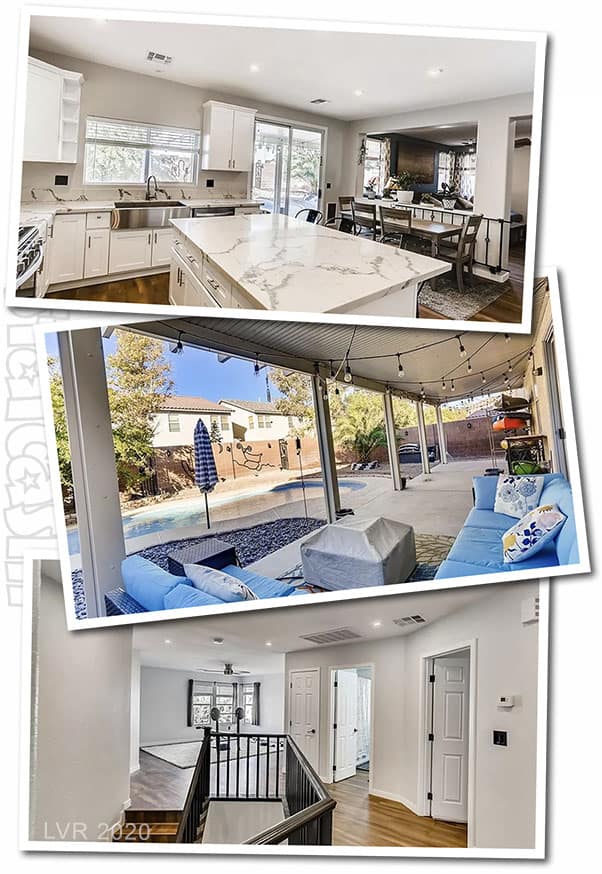 Marcelino signed on the house in December of last year, and officially became the owner in January.

Marcelino’s previous house, which was featured on the most recent season of Life After Lockup, was purchased in 2019 for $232,000. He listed it for sale in September of 2020 for $295,000, but was unable to find a buyer prior to signing for the new house. He would end up selling to Opendoor for $267,600 in the first week of January of this year.

The home has been on the market since January 21, and is currently available with a list price of $320,000. On a funny side note, if you look at the property via Google Street View you can see the for sale sign in the yard and a U-Haul truck in the driveway: 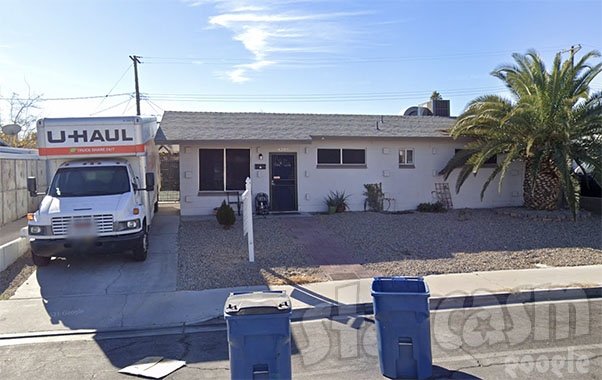 The street view images were captured in December of 2020, so the timing makes sense.

In addition to “moving on up” to their fancy new home, the Santiagos also recently enjoyed a tropical vacation in Hawaii. According to the couple’s Instagram posts, the trip was a surprise gift from Brittany to Marcelino for his birthday. Here are some photos about the surprise and from the couple’s time in Hawaii:

All I can say is… CONGRATULATIONS Marcelino and Brittany! These two look to be perhaps the happiest ending of all the couples featured on the multiple seasons of Love After Lockup! (Although I’m sure Mary and Dominic would beg to differ.) I wish them and their children continued success, and I look forward to doing more updates with more positive news in the future!