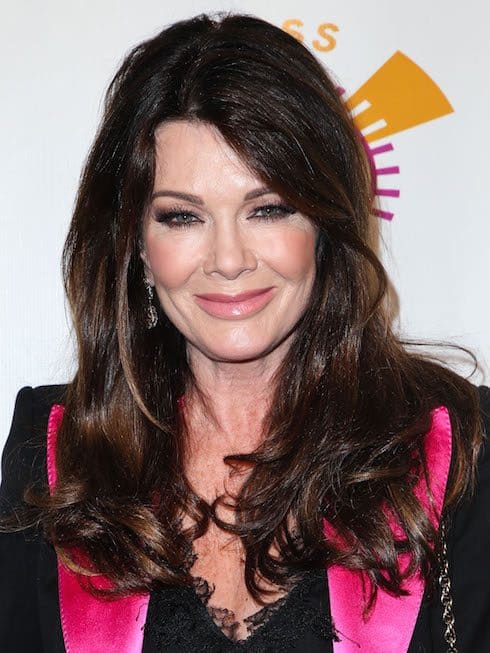 DLISTED – Several sources close to The Real Housewives of Beverly Hills‘ production are claiming that Lisa Vanderpump is off RHOBH — apparently she’s hardly filmed for the new season, is refusing to show up, and is tired of being a punching bag for the other cast members

THE BLAST – Though Britney Spears’ mansion in Thousand Oaks CA is not in the mandatory evacuation zone, “she chose to play it safe” and has evacuated the area until the Woolsey fire can be brought under control

LAINEY GOSSIP – If you’ve seen Jill Scott’s name trending over the past couple of days but haven’t yet checked out why, this video will make it clear. (If you’re reading this at work, you probably want to make sure your office is clear first)

VOX – In a new interview, Donald Trump claimed that who isn’t a Republican votes by first voting, then going home to change clothes and coming back to their polling place to vote again. This is a good technique that works well only if you replace “voting” with “trick or treating”

JEZEBEL – Speaking of the president, acting Attorney General Matthew Whitaker was once the legal counselor for a company that patented a toilet with a “specially designed bowl to help well-endowed men avoid unwanted contact with porcelain or water.” So, yeah, he repped a big dick toilet

CELEBITCHY – Evidently celebrities are having a lot of sex in their showers, possibly because celebrity showers are much bigger and come with more seats and ledges than the showers of normal folk

THE BLEMISH – My favorite line in this article about Ashley Graham wearing a bra made of duct tape is also the helpful takeaway from this article: “Generally speaking, I would think that something that’s used for home repair shouldn’t be attached to your skin.”

THE ASHLEY’S REALITY ROUNDUP – Arie Luyendyk Jr. and his fiancée Lauren Burnham are expecting their first child together, congrats! The baby is due in June and Lauren is already showing, so she’s had to have her dress altered ahead of her and Arie’s wedding this January