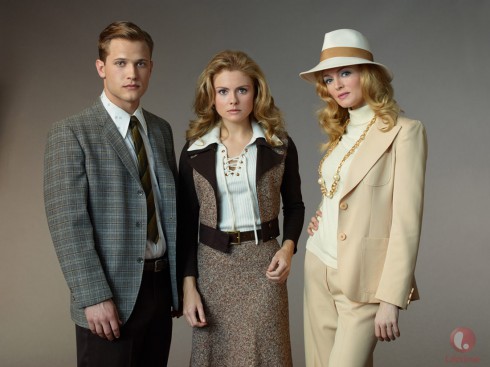 Lifetime’s movie adaptation of V.C. Andrews’ best-selling thriller Flowers In the Attic was a HUGE success when it premiered to well over 6 million viewers back on January 18, and today the network announced that movie version of the sequel, Petals On the Wind, will be making it’s debut on Memorial Day weekend (on Monday, May 26, at 9/8c) with Heather Graham and Ellen Burstyn reprising their matriarchal roles and Rose McIver, Wyatt Nash and Bailey Buntain portraying the older Dollanganger siblings.

In addition to the announcement (included in its entirety below), Lifetime also released the first official Petals On the Wind cast photos, including the one above that features (from left to right) Wyatt Nash (Christopher Dollanganger), Rose McIver (Cathy Dollanganger) and Heather Graham (Corrine Dollanganger).

But the best is without a doubt this next shot of Rose McIver and a shirtless Will Kemp showing off a dance / romance novel cover pose! 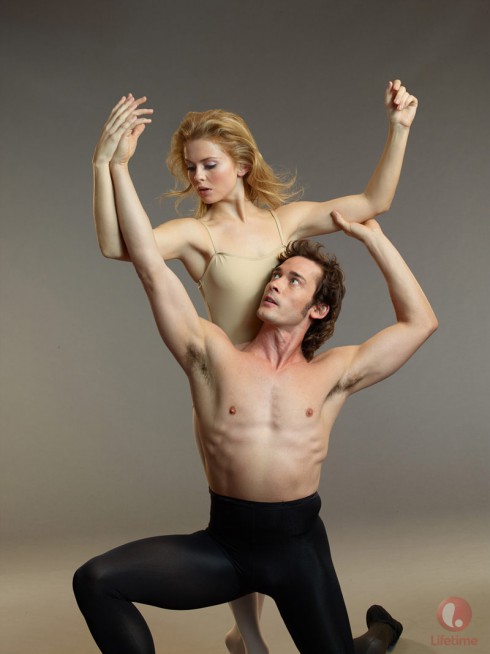 The last two photos are of the incomparably narcissistic Bad Mother Of The Decade, Corrine, portrayed by the incomparably crush-worthy (speaking from my own perspective), Heather Graham! (I’ll toss in the second photo below.) 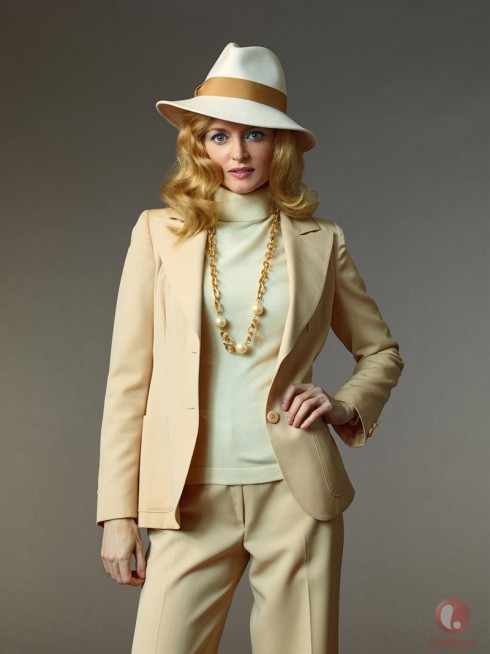 Can you say Corrine Fedoraganger? Or perhaps a summery version of “Where In The World Is Corrine San Diego?”

And fans of the Lifetime/V.C. Andrews partnership will have plenty more to look forward to as the press release also reveals the network has committed to three more projects from Andrews books, including If There Be Thorns and Seeds of Yesterday, both from the Dollananger series, and the standalone novel My Sweet Audrina!

Los Angeles, CA (April 1, 2014) – On the heels of the Lifetime Original Movie Flowers in the Attic, this year’s number one movie telecast on ad-supported cable, Lifetime will premiere the much-anticipated sequel Petals on the Wind (#PetalsOnTheWind) on Memorial Day, Monday, May 26, at 9 pm PT/ET. Based on the second gothic novel of the iconic V.C. Andrews series about the Dollanganger family, the film begins ten years after the siblings have escaped the attic where their mother Corrine (Heather Graham, Drugstore Cowboy) and grandmother Olivia (Ellen Burstyn, Political Animals) kept them locked away for more than two years.

A decade after Cathy (Rose McIver, Masters of Sex, Once Upon a Time), Christopher (Wyatt Nash, Pretty Little Liars) and Carrie (Bailey Buntain, Bunheads) escaped from their grandparents’ attic at Foxworth Hall, Petals on the Wind continues to follow the twisted plight of the family as they attempt to put their sordid past behind them, but soon discover certain secrets can’t be left behind. When Cathy finds herself in an abusive relationship with a fellow dancer, Julian (Will Kemp, 90210), Christopher and Cathy are forced to face the forbidden feelings they developed for one another while coming of age during captivity. But when tragedy strikes the Dollangangers once again, Cathy returns to Foxworth Hall to confront her grandmother and seek revenge on her mother with a plan to seduce her husband Bart (Dylan Bruce, Orphan Black). When Christopher runs to Cathy’s side, the two are determined to start over again – together. 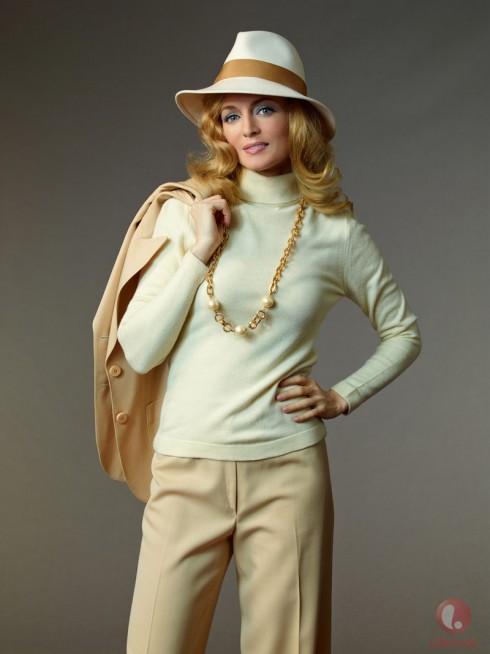 Lifetime’s Flowers in the Attic garnered 6.1 million Total Viewers in its January 18th world premiere, according to Nielsen Research, making it ad-supported cable’s most-watched original movie in the demo since 2012. Andrews’ first published novel, Flowers in the Attic was an instant hit when it was released in 1979, topping bestseller lists in just two weeks. Petals on the Wind, the series’ second book, also hit the bestsellers list when it was released in 1980. After Lifetime’s premiere of Flowers in the Attic, the novel quickly returned to the bestsellers list. To date, 106 million copies of V.C. Andrews’ books have been published in 95 countries.

Lifetime is currently in development on three additional V.C. Andrews’ books, including If There Be Thorns and Seeds of Yesterday, both from the Dollananger series, and the standalone novel My Sweet Audrina.

Petals on the Wind is produced by A+E Studios in association with Silver Screen Pictures for Lifetime. A&E Television Networks, LLC will handle international sales for Petals on the Wind. The movie is executive produced by Merideth Finn (Flowers in the Attic) and Michele Weiss (Flowers in the Attic) of Cue the Dog Productions, along with Charles W. Fries of Fries Film Company, Inc. Rob Sharenow, Tanya Lopez and Lisa Hamilton Daly executive produce for Lifetime. Richard D. Arredondo (Abducted: The Carlina White Story) and Kyle A. Clark (Liz & Dick) of Silver Screen Pictures produced the film. The teleplay is by Kayla Alpert (Flowers in the Attic) and Karen Moncrieff (Blue Car) directed.

Lifetime is a premier female-focused entertainment destination dedicated to offering the highest quality original programming spanning scripted series, non-fiction series and movies. As a result of the network’s aggressive programming strategy that has doubled the hours of its original programming, 2013 marked Lifetime’s second straight year of growth among Total Viewers. Lifetime Television®, LMN®, Lifetime Real Women® and Lifetime Digital™ are part of Lifetime Entertainment Services, LLC, a subsidiary of A+E Networks. A+E Networks is a joint venture of the Disney-ABC Television Group and Hearst Corporation.

Heather Graham: “I’d rather be happily single than unhappily married”