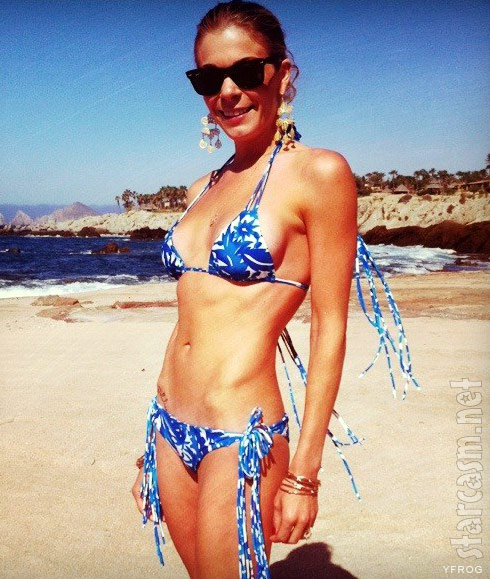 LeAnn Rimes has taken a bit of criticism of late because of her diminishing frame with some saying the singer has crossed the line from skinny to being unhealthily too skinny. But LeAnn wasn’t about to let the criticisms put a damper on her honeymoon with husband Eddie Cibrian in Cabo San Lucas, Mexico as she proudly showed off her svelte self with a couple bikini photos posted to Twitter!

As you might imagine the photo elicited some derrogatory comments to which LeAnn responded by stating:

Those are called abs, not bones, love

[T]hx but this is my body and I can promise you I’m a healthy girl. I’m just lean. Thx for your concern but no need [to] be

Let’s take a brief pause from the weight issue and focus for a moment on the fashion, shall we? In the captions for the photos LeAnn thanked Mikoh Swimwear for the great bikinis so I visited their site and tracked down the style LeAnn is wearing in the photos. She is wearing a St. Lucia top and Moorea bottom in the Bahama Kelp pattern (Click the links to order your own directly from Mikoh.) For comparison, here is Mikoh’s model wearing the same bikini: 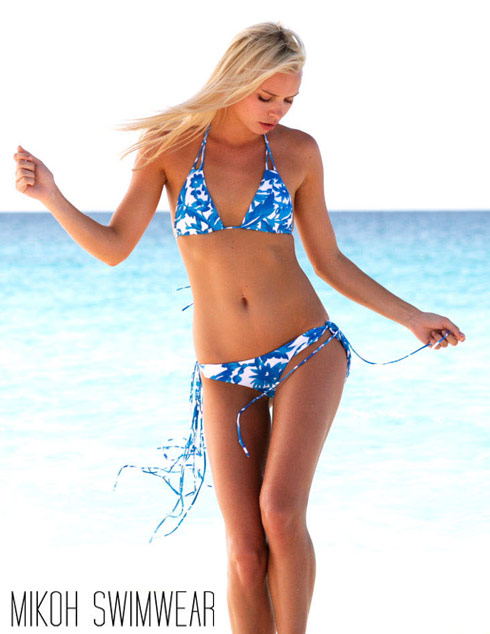 So what do you think? Is LeAnn Rimes too skinny?

****On a side note, we wish LeAnn a quick recovery after she injured her left heel while climbing over some rocks. (You can see the Ace bandage in the second photo above) For those Rimesologists out there who believe she is obsessed with her husband’s ex-wife Brandi Glanville (due in part to numerous instances in which LeAnn appears to duplicate things Brandi had done as well as a very public Twitter feud in which LeAnn’s activities were nothing short of virtual stalking) – yes, Brandi Glanville injured her left foot not long ago and has been seen over the last couple weeks sporting a large boot. You can see it here in this side-by-side photo used by Us Weekly to demonstrate LeAnne was imitating Brandi yet again by wearing a similar bikini: 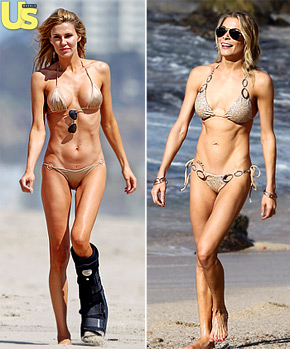 In case you haven’t heard, Brandi Glanville will be joining the cast of The Real Housewives of Beverly Hills next season so I’m sure we’re going to be hearing a LOT more about her and LeAnn soon!

My 600 Lb Life Bethany update: ‘I am truly sorry if the episode made you angry’