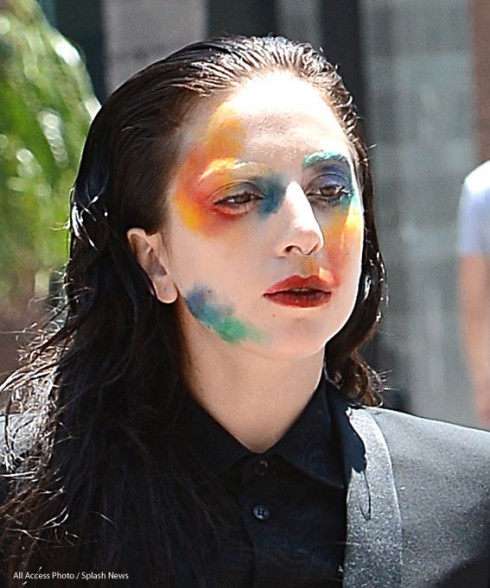 Lady Gaga showed up at the E! News building today looking like she fell asleep on her watercolors. She also sported dark hair pulled back, black boots, and a black outfit with a pleated skirt.

A couple of the comments on our Facebook page noted that she resembles Marilyn Manson here, which is kind of interesting because he has called her out for copying his schtick before.

The rainbow face wasn’t random though, it was in conjunction with an early release of her new single off of ARTPOP, “Applause.” She decided to release the single after it leaked early: 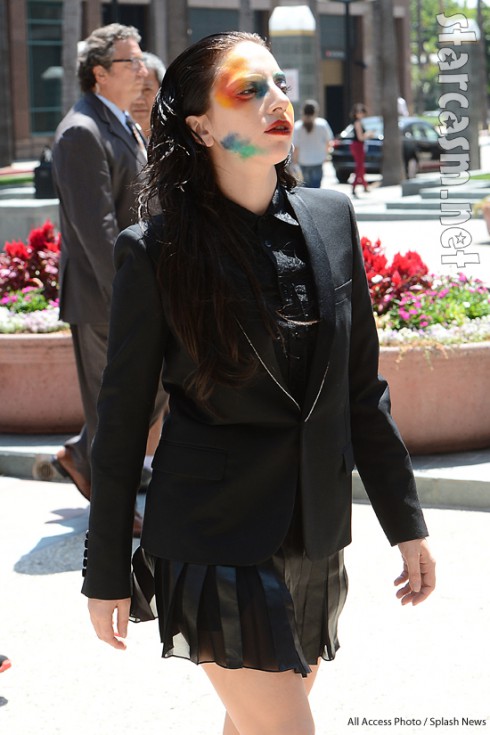 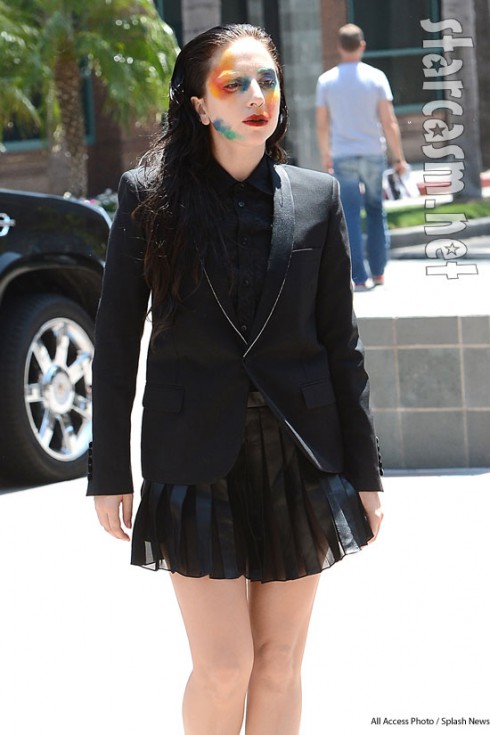 What do you think of her new look? What about “Applause”?

People announces the World’s Most Beautiful Woman of 2015

PHOTO NeNe Leakes launching her own clothing line in 2014