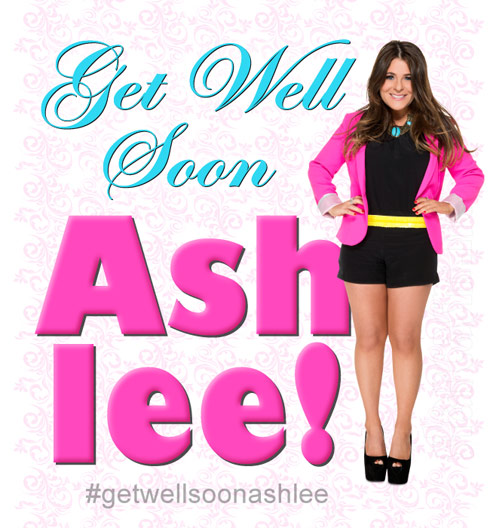 As we reported early last week, Princesses: Long Island star Ashlee White was placed in ICU after suffering her third stroke. Her sister Amber White updated fans towards the end of the week with some great news — Ashlee was able to go home on Thursday!

Here’s the message posted by Amber:

We are overjoyed to announce that @AshleeWhite23 will be coming home later today (8/15)!!! Not enough thank you’s to everyone. She will be having 24 hr nurse-care as well as a rehab program to re-learn how to walk. Again, our unconditional gratitude for ALL your love and support through this difficult time.

After Ashlee made it back home, her sister joyfully tweeted, “Feels amazing to hug @AshleeWhite23 and have her HOME!!!!!! Now recovery time….Good vibes only #positivity #bestfans we ❤u”

Ashlee’s good friend and cast mate Casey Cohen responded to questions about how Ashele was doing on Thursday by sending out positive vibes — Long Island princess style! “[Ashlee is] Re-Learning to walk. With everyone’s thoughts & prayers I know she will be running in those heels!!”

On Friday both Casey and Amber spoke with Rumor Fix about Ashlee with Casey revealing, “She’s home and surrounded by her incredible family,” then adding, “She is such a strong person and I love her so much. She’s taken a few steps so, I know she will regain walking ability fully.”

Amber told the site that her sister “has 24 hour nurse care as well as a rehab program to get her walking in her stilettos again!”

Amber updated concerned fans again on Sunday, responding to a tweet asking how Ashlee was doing by writing, “thank u for asking!!! She has her good days n bad. Keeping her positive n full of smiles/laughter. Thanks for the love ❤Xo!”

We spoke with Amber today and she tells us that there isn’t much new to update, iterating that the family is “just trying to surround her w love and positivity.”

And speaking of love and positivity, Amber tells us she and her family “are so very grateful to her supporters and everyone rooting for Ashlee.” She says all of the positive messages have put a huge smile on Ashlee’s face. 🙂

As we mentioned above, this is the third stroke for 31-year-old Ashlee, who suffers from lupus. (You can watch Ashlee talking about her previous stroke in an emotional clip from the Season 1 finale here.) Friends and family are hopeful that Ashlee’s openness about her disease will help spread awareness.

Once again, we wish Ashlee all the best and a speedy recovery! She seems to be surrounded by loving people, which I would say beats out laughter as far as the best medicine — especially considering that with loving friends and family always comes a free heaping helping of laughter!