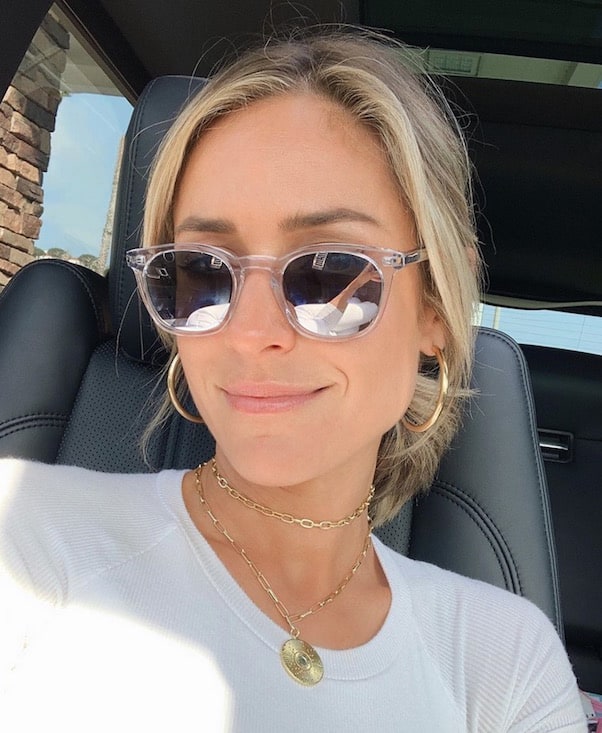 THE ASHLEY’S REALITY ROUNDUP – After a few false starts, Kristin Cavallari and Jay Cutler’s separation has resumed apace. According to the latest Kristin and Jay divorce update, the former Bears quarterback and walking meme of indifference has dropped his objections to Kristin finding a place of her own so she can move away from him, and the two have also worked out a temporary custody agreement regarding their three kids

JEZEBEL – The Met Gala is on hiatus for this year at least (it would have taken place tonight), but this thoroughly good piece on the fashion show’s legendary bathroom / nightclub jamboree will help you make it through. A sample: “The Met Bathroom is a vital archive. It is also a space where the absurdist nature of modern celebrity is confronted with the base functions of the human body. Consider this archival footage of Katy Perry changing her outfit while Jennifer Lopez heads towards a private stall, where she was likely about to pee or shit”

VOX – Jerry Seinfeld used to have a joke about how if in 50,000 years we were all still doing pretty much the same stuff, we should just hand civilization over to someone else — like the insects, or something. I’m leaning toward just handing it over to the murder hornets right now, and only partially because they look and act like how the army of the dead should have on the last season of Game of Thrones

LAINEY GOSSIP – Was the Parks and Rec reunion perfect, though?

CELEBITCHY – Ana de Armas celebrated her birthday on Instagram instead of with another pap stroll, thanks to her sugar daddy Ben Affleck “flipping out” on a photographer last week. Kind of a strange move when you’ve been lockdown-mugging for the cameras as much as these two, and Ben looks appropriately sullen in Ana’s gallery

GO FUG YOURSELF – I am loving GFY’s decades-long gallery / retrospectives of assorted fashion magazine covers. The big takeaway from this 51-year look at Harper’s Bazaar? “They start off wonderfully distinct from each other, and then the last chunk of this slideshow is just LOADS of identical-looking people in a row”

THE BLEMISH – Trolls World Tour did so well with its direct-to-streaming release that movie theater owners appear to be just a little bit worried about the future of their buildings and industry. Worth noting: Movie theaters take more of the price of a ticket than streaming services, so there’s more money left over for the studios who made the movies in the first place. Hard to imagine indoor theaters going the way of drive-ins, but then it was hard to imagine a global pandemic and continually bungled response until a couple-three months ago

DLISTED – “In a spectacle that literally nobody asked for, people like Justin Bieber, Avril Lavigne and Michael Buble, shat all over Bill [Withers]’ legacy with their warbling, auto-tuned renditions, albeit all for a good cause. And, like any respectable group of narcissists, insisted on filming the whole thing. Your move, Gal Gadot”

THE BLAST – RIP to Amber Heard’s mother, Paige, who passed away apparently unexpectedly this weekend. Amber, whose texts with her mother are a central part of her ongoing legal battle against ex-husband Johnny Depp, wrote a loving tribute to her mom on Instagram, without revealing Paige’s cause of death