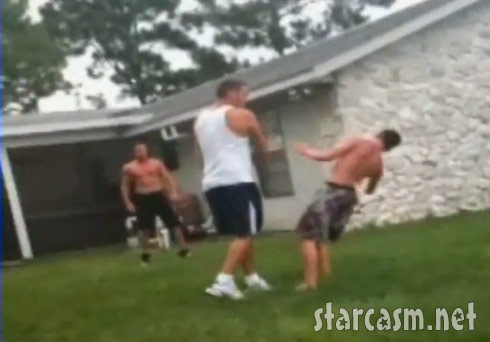 35-year-old Gary Johnson Jr. has been charged with the beating of a 16-year-old boy in a caught-on-video street fight involving the victim and Johnson’s son.

This violent event happened in Palm Bay, Fl. on August 19th. According to the police a fight was set up by Johnson between his son and the victim at Johnson’s home so he could monitor the brawl and make sure that the fight was “fair.” The cell phone video taken by a bystander which you can watch below shows the 6′ 5″ 220lb dad beating his son’s opponent without mercy after his son had walked away. This is how the arrest report defined the incident:

Here is the video and as you can imagine the images are extremely violent and not suitable for a young audience:

The victim’s mother stated that she was not even aware of the fight and when she first saw the video in the hospital that evening she said, “Blood rushed to my head, my heart dropped to my knees and I just had this gut wrenching.”

Unaware that the fight was videotaped Johnson originally told police that he was simply coming to the defense of his son and that the victim provoked and attacked him. 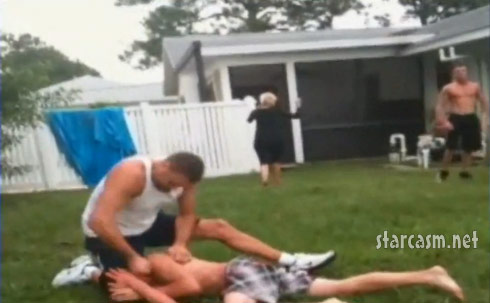 Johnson has been charged with aggravated battery, child abuse and contributing to the delinquency of a minor. He is currently out of jail after posting a $17,000 bond. As for the victim his mother says he is still recovering and will have to see an oral surgeon and that he will lose both of his front teeth. 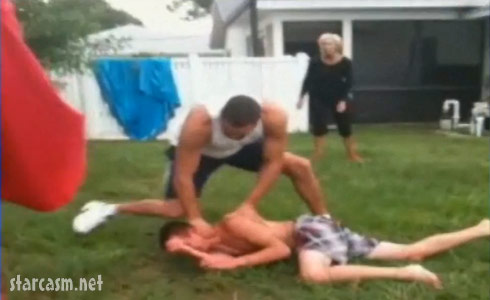 Don’t try this at home: The most offensive Halloween costumes of 2013