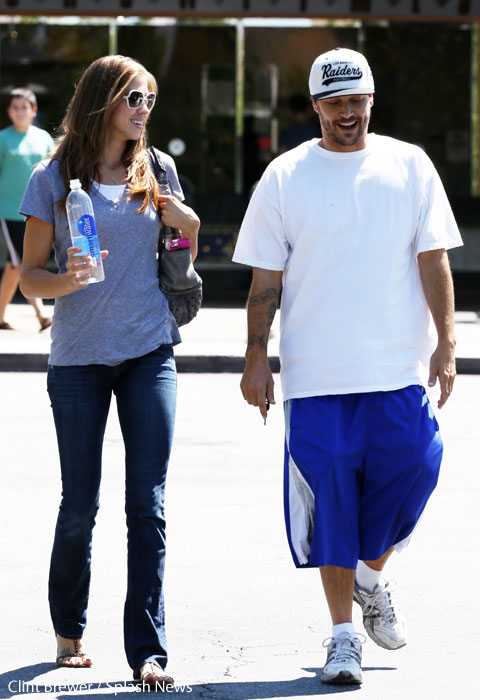 Friday Kevin Federline proposed to long-time girlfriend Victoria Prince while they vacationed in Vegas, and by the next day they were married. Good ‘ol Vegas!

Although it was a sudden wedding, both Kevin and Victoria’s parents were able to attend the ceremony. The pair have been dating since 2008 and have a two-year-old daughter named Jordan Kay. Kevin’s other children, including Jayden James and Sean Preston with ex-wife Britney Spears, and Kori Madison with ex-fiance Shar Jackson, were not in attendance for the nuptials, which took place at 8 p.m. at the Hard Rock Hotel.

Victoria is a former volley ball pro who now teaches special education, and Kevin Federline is a former back-up dancer.