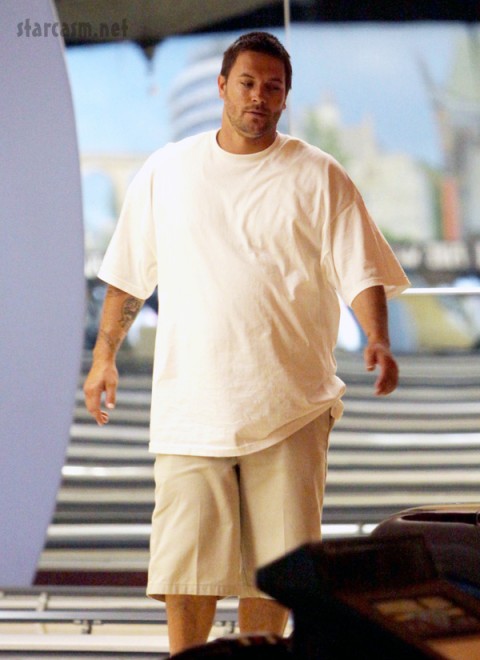 K-Fed continued to fatten himself up while being on Britney’s $5,000 a week payroll during her Circus tour. Even Britney’s been known to mock him, calling him K-Fatter-Line and a fat housewife.

Although K-Fed used to look fit and fab, the former dancer raised eyebrows when he appeared at the Ryan Sheckler X Games Celebrity Classic looking like he’s eaten Britney and the kids. Here’s the epic photo: 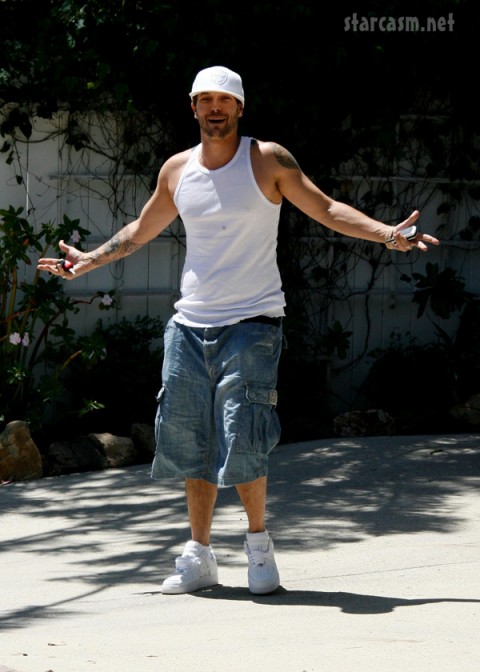 At the event Monday other celebrities like Verne Troyer competed in various events while K-Fed sat on the sidelines sippin’ on screwdrivers and smoking death sticks.

For some reason Kevin’s ex-wife Shar Jackson “weighed” on the the fat-uation saying that K-Fed’s weight gain wasn’t anything to get in a tizzy about, it was just “daddy weight” from all the time he spends taking care of the children. Shar went on:

“When you are a full time parent, sometimes you can’t focus on you. If gaining a few pounds is your only problem, life’s not too bad!”

Of course Shar! K-Fat’s weight gain has nothing to do with slurping up cocktails and eating tons of junk food. Everyone knows the best parents are the fattest ones, they teach that in Parenting 101. 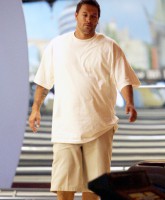 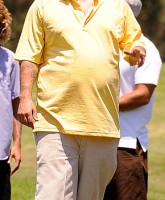 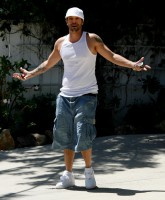 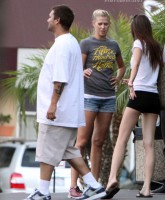 How much money does Britney Spears pay her ex-husband Kevin Federline?

Kevin Federline is once, twice, six times a daddy