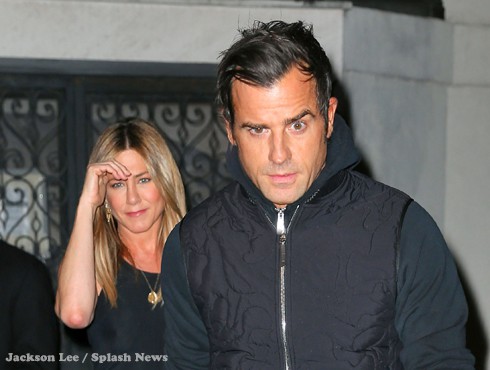 After news hit that a-list actors Brad Pitt and Angelina Jolie are divorcing, Pitt’s famous ex-wife, Jennifer Aniston, got dragged into the discussion via a gazillion social media memes and by seemingly just as many sites like the one you’re reading.

Business Insider caught up with Aniston’s husband, The Leftovers star Justin Theroux, and asked him his thoughts on all the craziness. Theroux was gracious while addressing what must be a frustrating subject:

“As a child of divorce, all I can say is that’s terrible news for those children, and that’s all you can really say. It’s boring to sort of comment on anything else. People are having a bad time — that’s horrible…  There’s an endless appetite for trash, apparently, though everyone would say that they don’t have that appetite. But I think a lot of people do because people buy it. But there are bigger things to b***h about. It’s shocking how much bandwidth things can take up when there are far more important things going on in the world.”

Theroux is out promoting his upcoming film The Girl on the Train.

It turns out that Brad Pitt isn’t attending a screening of a film he’s narrated because of all the distraction. “Terrence Malick’s Voyage of Time is an incredibly beautiful and unique experiential IMAX film for children and families chronicling the birth of time. I’m very grateful to be part of such a fascinating and educational project, but I’m currently focused on my family situation and don’t want to distract attention away from this extraordinary film, which I encourage everyone to see,” he told E!.