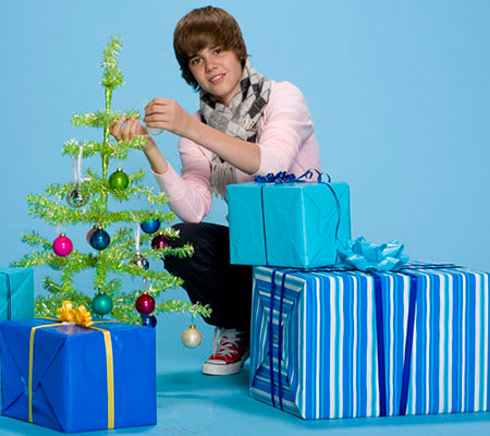 Normally during the month of December moms and dads of Justin Bieber fans get a brief reprieve by convincing their rabid offspring that Christmas time is a special time meant for special Christmas time music as the soothing croonings of Nat King Cole and Bing Crosby take fleeting command of all audio devices.

But, those days will soon be over. No longer will the soundtrack of your family Christmas moments be “chestnuts roasting on an open fire” or “I’m dreaming of a white Christmas,” instead you will be bobbing your head to Justin Bieber’s “Merry Christmas Baby, Baby, Baby” and “Next 2 Yule” with special guest Chris Brown. That’s right, The Biebs is releasing a Christmas album!

The news comes the way all news comes any more: via Twitter. Over the last few days Justin Bieber has been conversing on the site with his producer Scooter Braun, who was the first to hint there might be a holiday-themed project in the works when he tweeted this message on August 28:

Scooter followed that up three days later with:

this christmas album is amazing. might be the best album yet. all originals…soon 2 b classics. every1 i play it 4 is blown away. #excited

Bieber retweeted the excited statement and then wrote:

@scooterbraun yeah we are going hard for christmas!! #mistletoe

Late last night Justin cleared up any confusion by tweeting:

the christmas album is almost done…been working hard…yeah its alot of new stuff. trying to make something special for the holidays. 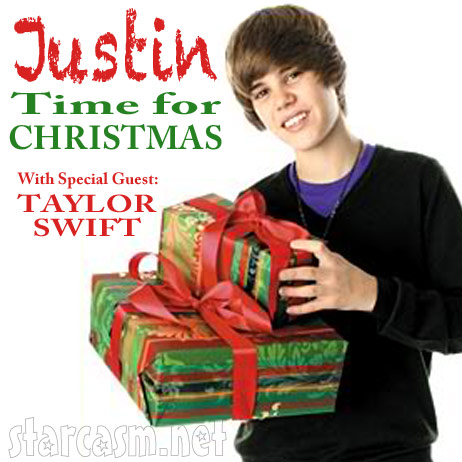 It sounds as though the album will be all originals. And Justin will apparently have some help with appearances by other performers because in the middle of working on the Christmas album he wrote:

AND he has apparently written a new song with Taylor Swift, who he appeared on stage with at the Staples Center last week. (See the video HERE) Producer Kuk Harrell, who is also currently working with Justin Bieber in the studio, tweeted this on August 27:

(There is no confirmation if the song written by Justin Bieber and Taylor Swift was for the Christmas album or not.)

So what do you think about the news that Bieber is coming out with a Christmas album? I’m optimistic that with his powerhouse production crew it will actually be an enjoyable pop record. This doesn’t mean I don’t still have sympathy for the parents of Bieber Nation who have lost their special time of the year – at least for the next few years anyway. All I can say is earphones make great early Christmas presents!

(This post was worth it just to share the photo at the top. That is some Priceless Yuletide Bieberage y’all!)