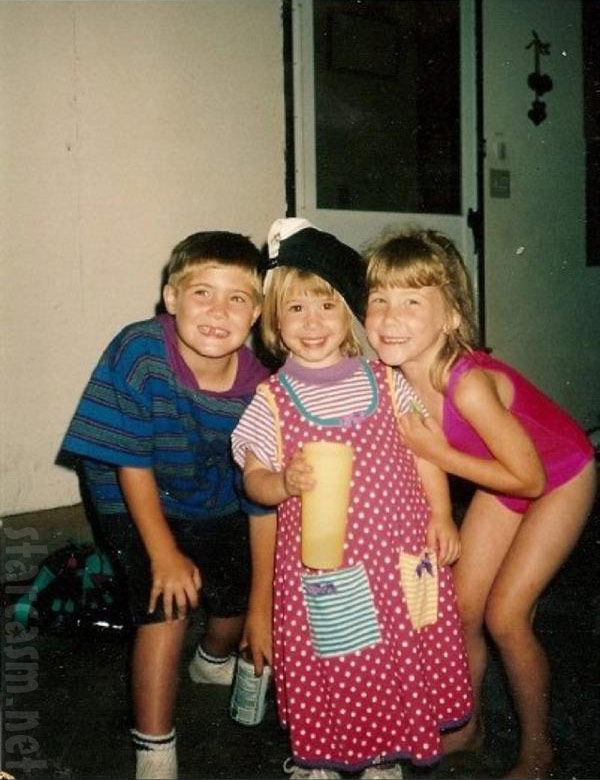 Perhaps in honor of her 20th birthday earlier this week Teen Mom 2 star Chelsea Houska shared some amazing childhood photos on Twitter in which she bears a striking resemblance to her daughter Aubree. The above photo (Chelsea’s there in the middle – always the center of attention right?) and the one below were shared with the accompanying tweet, “Me when I was little! Lol…anyone think I look like Aubs?!” 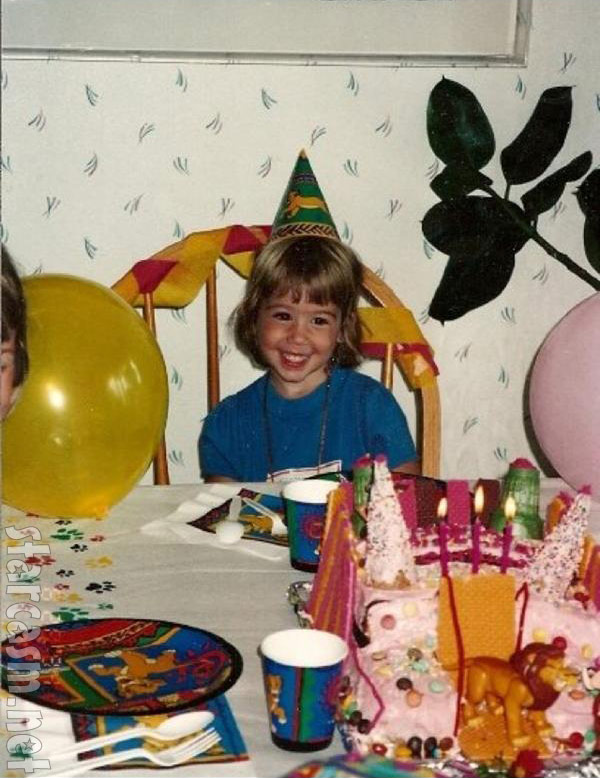 Those are great, but neither of them can compare to this next Houska family dandy! It features Chelsea along with her mom and dad at what looks to be some sort of Planet Hollywood type restaurant.

**** I should warn you that this photo is quite graphic and disturbing – not because of Arnold Schwarzenegger’s Terminator face being half blown off in the background, but because of Chelsea’s dad’s over-sized, front-mounted turquoise fanny pack! Let’s hope Arnold is the only one of the two that keeps the promise: “I’ll be back.” 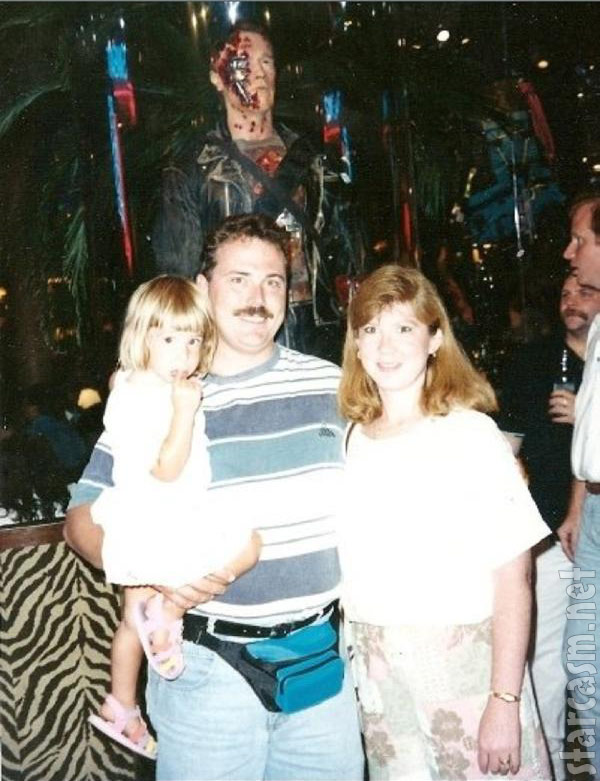 Could that trip be where Chelsea first fell in love with animal print? Hmmmmmmm…

So what do you think? Do lil Chelsea and lil Aubree look alike? (I definitely think so!) Here are a couple photos side-by-side so you can judge a little better: 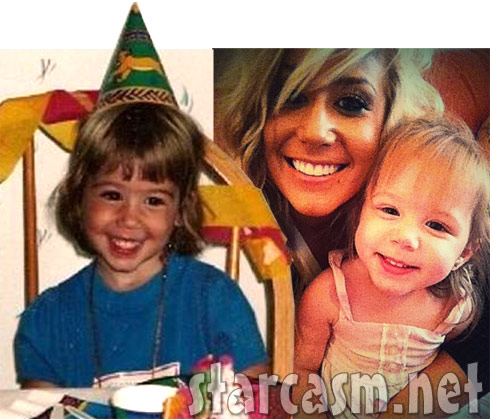 Awwwwww… Little Houskas sure are cute!

Happy 20th birthday to my absolute favorite South Dakotan Chelsea Houska! Keep bein’ a great mom – and thanks for sharing the photos!

VIDEO PHOTOS Atlanta Real Housewives before they were stars