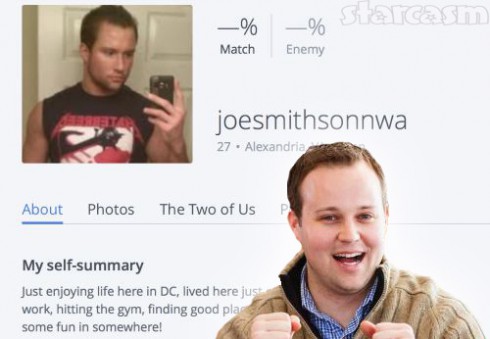 The release of hacked information from Ashley Madison, the website for people seeking affairs revealed a “Joshua J. Duggar” using a credit card linked to the former 19 Kids and Counting star’s home. That person spent nearly $1,000 for a subscription, including an additional fee for an “affair guarantee.”

Another interesting detail from the Ashley Madison leak is that “Joshua J. Duggar” used an email account with the handle “joesmithsonnwa.” As Gawker pointed out, that unique handle was also used on an OKCupid account–and the similarities don’t end there. To start, the 27-year-old OKCupid user said he lives in Alexandria, Virginia, which was near 27-year-old Josh’s family home while he was working in Washington D.C. The “NWA” in the account could well stands for Northwest Arkansas, where the Duggars live. And, though the image in the profile picture looks nothing like Josh Duggar, don’t let it fool you: it’s one of the top search results for “random guy” on Google.

Here’s what else the joesmithsonnwa said about himself:

[I am] just enjoying life here in DC, lived here just over a year here now! Lots of work, hitting the gym, finding good places to eat…and really needing to add some fun in somewhere. I am an executive in the city. I develop strategies, meet people, crunch number around big tables and occasionally get out of ivory towers to sleep. 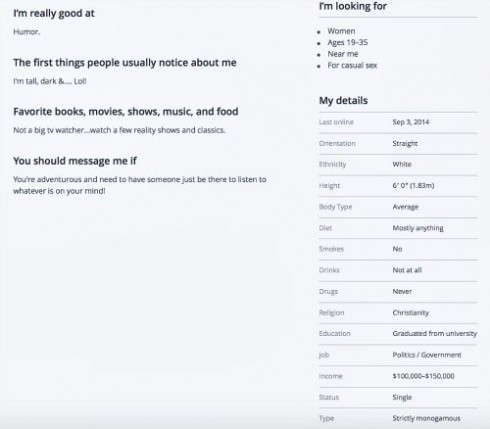 The user said he sought women aged 19-35 for “casual sex”–but immediately contradicted himself by saying his type of relationship is “strictly monogamous.” (Maybe he was referring to his expectations for the woman?) He also said he believes there are some circumstances in which a person is obligated to have sex; hasn’t been faithful in all of his relationships; and would consider an open relationship.

Having said all that, there are a few differences between what we know about Josh and joesmithsonnwa, who described himself as a university graduate and single. For one thing, Josh did not go to college; for another, as a married father-of-four, he really isn’t single.

It’s doubtful the OKCupid information makes much of a difference, since Josh’s goose is already cooked: a reliable insider told People that the Ashley Madison information leak reaffirmed TLC executives’ decision to can the Duggars.

“It was pretty improbable that there were going to be any specials on any of the Duggars anyway,” the source said. “But now, with this, there’s virtually no chance. It’s basically just over now.”