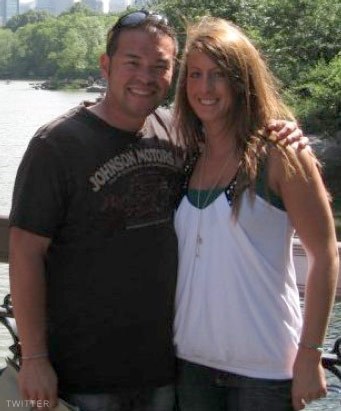 In “Where Are They Now?” heartbreak news, former Jon & Kate Plus 8 star Jon Gosselin announced on Twitter earlier today that he and his girlfriend of almost two years, Ellen Ross, have decided to call it quits. And according to an “inside source” for Radar Online, the reason for the break up was… too much media attention?

“Ellen didn’t like the media attention and other things that came with the relationship,” a source close to the couple divulged. “That’s one of the main reasons they broke up.”

As part of the media let me be the first to apologize to Jon and Ellen for contributing to the end of their relationship by reporting a couple times over the last year that his ex-wife Kate Gosselin looks pretty nice after her make over. I should have realized the effect that would have on Jon and Ellen.

Recently, after much thought and discussion, Ellen and I have decided to end our relationship. It was a mutual decision and we are both happy and remain best friends. We both plan to move forward and focus on our separate lives. We ask that you please respect our privacy during this time.

Out of respect to Jon and Ellen we here at starcasm will continue to respect their privacy by not really writing much about them at all. (Until Jon has an affair with Courtney Stodden, then all bets are off!)

Personally I think Ellen and Jon missed a golden opportunity for a follow-up reality series based on their relationship. They could have called it Jon & Ellen Plus Yellin’. (That was dumb I know, but at least it wasn’t disrespectful of their privacy!)

Miranda Lambert’s side fires back: She never cheated, but Blake Shelton did