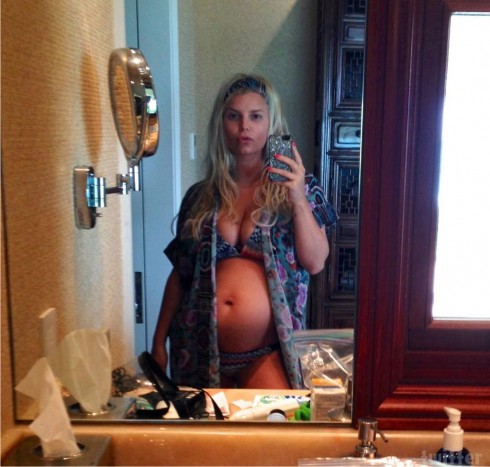 The usually coy-while-pregnant Jessica Simpson has been anything but the last week or so! Just three days after tweeting a racy, revealing bikini and cover-up photo on Thursday (included below), Jessica took to Twitter once again, this time baring her baby bump while wearing a colorful bikini in a cell phone self portrait (or as we like to call it, a “cellph portrait”). The proud mom-to-be wrote confidently, “Bumpin’ and Proud!”

And just in case, for whatever reason, you are unable to click the photo above for a larger version, here it is zoomed in: 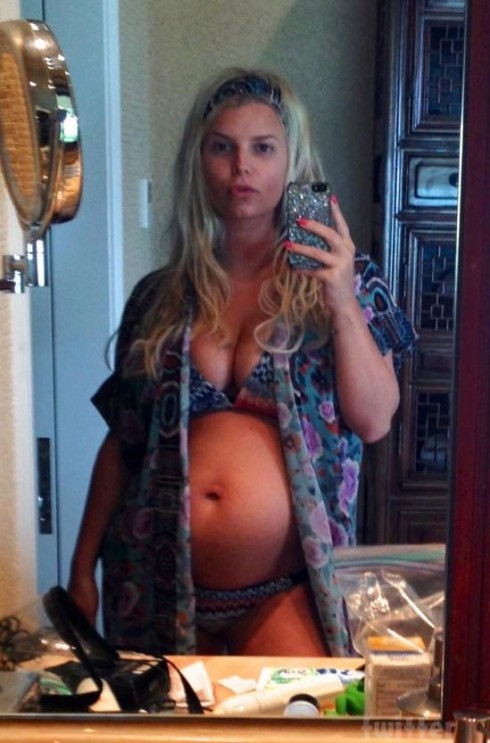 It was first speculated that the 32-year-old actress, singer, and fashion industry mogul was pregnant for a second time back in late November. Jessica later confirmed she and husband Eric Johnson had another bun in the oven by tweeting an adorable photo of her daughter Maxwell on the beach behind the words “BIG SIS” written in the sand.

News of Jessica’s second pregnancy led to speculation that she might lose her deal with Weight Watchers. That speculation proved to be wrong as Weight Watchers issued an official statement last week in addition to releasing a new commercial with Jessica featured. The weight loss company announced Jessica will not be participating in their program while pregnant, but will resume again after giving birth when she and her doctor decide it is time to do so.

As I mentioned above, the bikini photo at the top of this post isn’t the first racy photo of herself shared by the expecting Jessica Simpson — she tweeted this next photo on Thursday along with the caption, “Fun in the sun…” 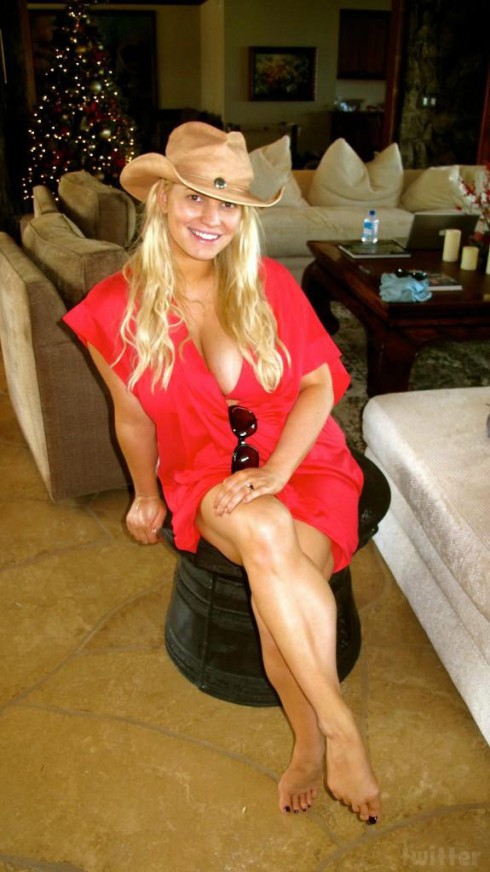 I don’t see a lot of sun there, but Jessica Simpson is certainly the epitome of fun!

Congratulations again to Jessica and Eric on their second pregnancy! I’ve always been a big fan of Jessica’s mainly because she has never come across as anything but a real sweetheart. I’m glad to see she seems as self-confident as she should be!