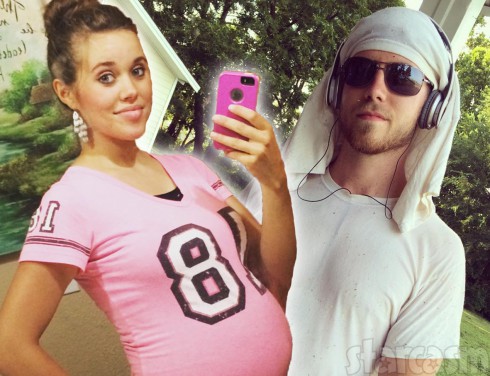 Now that the Duggars don’t have a regular television series, they are looking for new ways to spread their messages. Expectant parents Ben and Jessa Seewald are doing that by maintaining a YouTube page that features videos of Ben offering advice and explaining world issues.

In the latest video, Ben and friend Dante Berry discussed racism in America and how to respond to the “race war” as Christians. Speaking first, Dante said the devil loves racism because it distracts people and allows him to sneak in and do his work. Then Ben then said he believes the real issues are with people who practice “false religions” and believe in evolution.

“[It is] teaching that some people are more evolved in different stuff,” Ben said. “That’s a bunch of nonsense.”

Dante is getting a lot of support in the comment section of the video, but a few are questioning Ben’s position.

“Evolution is not the reason or the cause for racism. My goodness. Ben, you might want to read a science book and take a break from the Bible interpretation,” one commented.

Responding to that commenter, another said, “Christians who know their bibles well know that racism down the ages against black people stems from Genesis 9 and the story of Ham (meaning ‘black’) where Noah curses Canaan, the son of Ham because he ‘uncovered his father’s nakedness’. While christians today deny this is the case, unfortunately down the ages it has been an underlying reason why black people have been oppressed by white people and justified.”

Commenting separately, a third person said, “What was the cause of god’s chosen people being racist back before we knew of evolution? Here’s a clue: maybe xenophobic,tribal ideologies, which usually run parallel with religious ideologies, cause racism.”

Despite the criticism, it seems unlikely Ben will waver from his position, considering Jessa made a similar statement last year after a visit to the U.S. Holocaust Memorial Museum.

Jessa Duggar and Ben Seewald on consummating their marriage, baby plans and where they’ll live