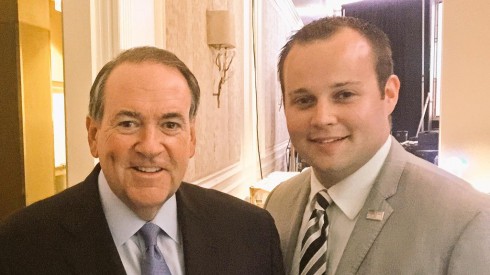 Since Josh Duggar’s admission that he molested several young girls — potentially including his sisters — when he was a teenager, we’ve discussed the backlash and the (yet unanswered) calls for TLC to cancel 19 Kids and Counting. But, believe it or not, there are many more voicing their support for Josh and his parents. Among the defenders are the Duggars’ long-time friend, Mike Huckabee.

In a lengthy Facebook post today, the current presidential candidate said the “blood-thirsty media” is making too big of a deal out of something that happened when Josh was a minor.

“Josh’s actions when he was an underage teen are as he described them himself, ‘inexcusable,’ but that doesn’t mean ‘unforgivable,'” he said. “He and his family dealt with it and were honest and open about it with the victims and the authorities.”

Just to clarify: As the official police report details, Jim Bob Duggar did not take any significant action for more than one year after learning Josh was molesting a young girl. During that period, at least two more preventable incidents occurred. When he finally decided to do something, Jim Bob first consulted with church elders. They all agreed it would be best to send Josh for “Christian treatment,” although Michelle Duggar later told investigators Josh was really just helping a family friend with home renovations for three months. She said Josh never got formal counseling. Upon returning home, Jim Bob said Josh confessed his actions to a family friend who was working as a state trooper. That trooper gave Josh a “stern talk,” but never reported it to other authorities; he is now in prison on child pornography charges. The case was only formally investigated three+ years later (after the statute of limitations had expired) when Oprah’s producers received a tip and reported it. In other words, the Duggars were not exactly “honest and open” with authorities. 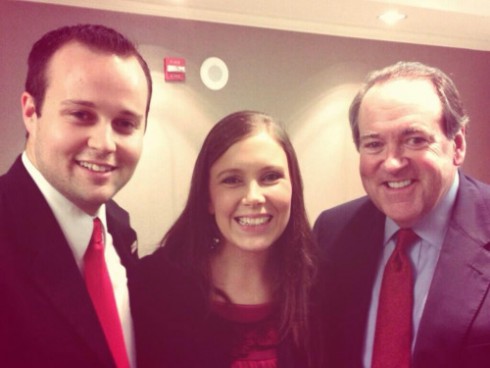 I digress: Mike continued to say there are plenty of good people who do “disgusting things,” especially when they are young.

“Being a minor means that one’s judgement is not mature. No one needs to defend Josh’s actions as a teenager,” he said. “But the fact that he confessed his sins to those he harmed, sought help, and has gone forward to live a responsible and circumspect life as an adult is testament to his family’s authenticity and humility.”

Mike said he is appalled by the “insensitive bloodthirst” by those “who have enjoyed revealing this long ago sins in order to discredit the Duggar family.” Just to speak for myself, I can assure you that I took no pleasure in reading the long police report that was rife with disturbing details. I also don’t revel in reporting this story.