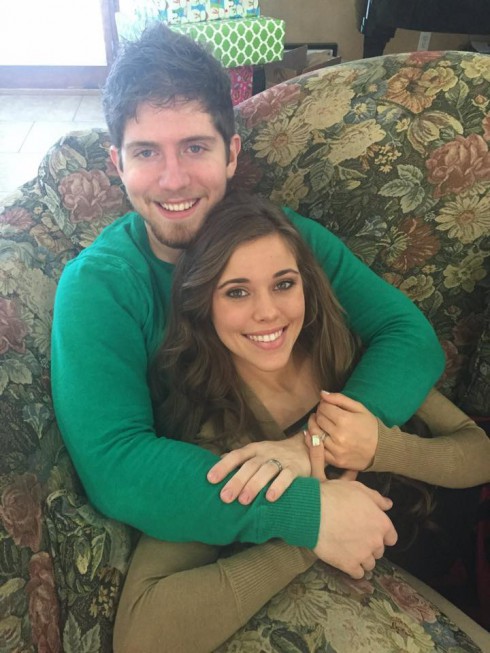 19 Kids and Counting‘s Jessa Seewald and Ben Seewald have been married for less than two months. For most couples, any speculation about a baby on the way — whether from an aunt at the holidays or, in this case, national media — wouldn’t start for at least another few months. But this is the Duggar family!

Jessa fueled the fire last week by posting a suspicious Instagram caption… And then quickly deleting it when people started asking whether it meant she’s pregnant. The picture, which is still up, shows Jessa and pregnant sister Jill Dillard on Jessa’s wedding day. Jessa initially wrote, “So thankful for this sweet girl! Jill, you’re such an amazing example to me of what it means to be a loving wife — and now a mother also! I love you so much. So blessed to call you my sister.” The message and an early “you’re pregnant?” comment were screen-captured by one of the folks at Free Jinger. 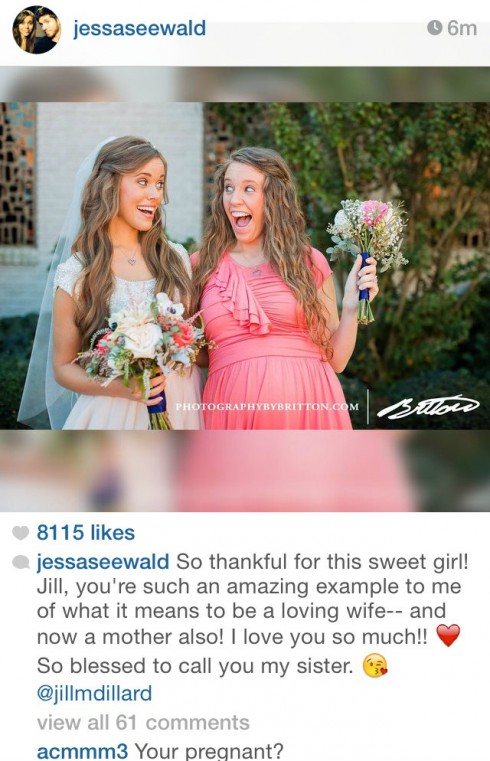 Honestly, that comment would normally strike me as innocuous: Jessa very feasibly could just be referencing the fact that Jill’s about to become a mom. But then Jessa changed her caption to take out the “and now a mother also!” part and deleted all any comments asking whether she’s expecting.

I know that’s still fairly week evidence, but Jessa also hasn’t posted any full-body shots in recent weeks — which she used to do regularly before tying the knot. Also, she and Ben are approaching the point in their marriage when Jill and her husband announced they were expecting.

Then again, any otherwise healthy and fertile couple only has a roughly 20 percent chance of getting pregnant when trying in any given month. For both her and Jill to conceive during their first month of trying would be quite the coincidence. I’d dare say it’s more likely Jessa is just showing some savvy social media skills to keep people talking about the family before 19 Kids and Counting returns to TLC for a new season on Feb. 17.