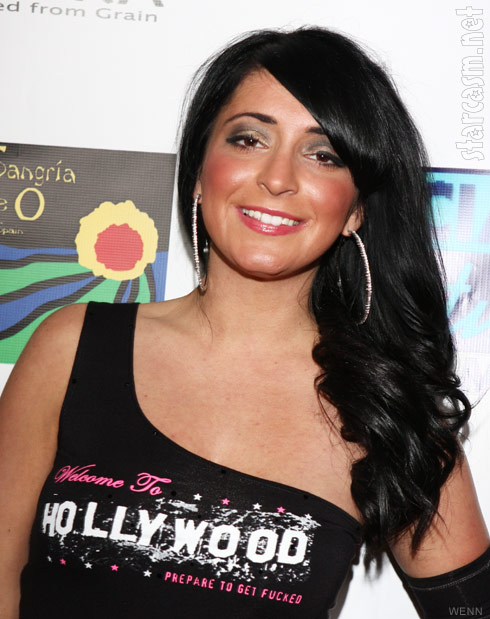 Twice-over Jersey Shore outcast Angelina Pivarnick went on the Father Albert show and revealed that she recently suffered a miscarriage and she blames stress from media attention and her crappy boyfriend.

“Everyone in the tabloids and media weren’t really leaving me alone about it,” 22-year-old Angelina told Father Albert about her former party life. “Basically I wanted it to be my personal business and it really wasn’t,” she continued. “It was really hard and I went through a lot of stress and I ended up losing the baby.”

So what about her boyfriend Dave Kovacs, who proposed to Angelina on the red carpet at the Sachika Fall Collection Fashion Show during NYC Fashion Week in February? (A proposal, by the way, that many theorized was just a publicity stunt.) 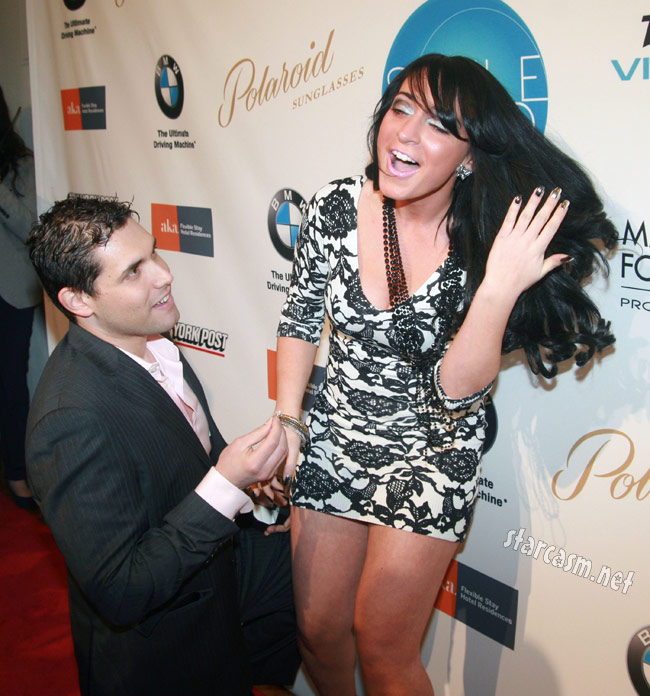 After revealing Kovaks wasn’t the baby daddy, Father Albert asked if the real father had provided any support, to which Angelina responded, “He wasn’t there for me either. So that was a big thing.”

I’m not Angelina Pivarnick’s biggest fan, but of course I wouldn’t wish this tragedy on anyone. I hope she’s OK and is able to find someone that gives a crap about her so she can try again in the future, perhaps after her 15 minutes are completely up.

That being said, I don’t understand why someone that appears so desperate to be a celebrity (She constantly attends events that will let her attend and even recorded a song) can blame her misfortune on the stress caused by being in the media spotlight – and a pretty dim spotlight at that.

PHOTO Snooki and Kim Kardashian together!