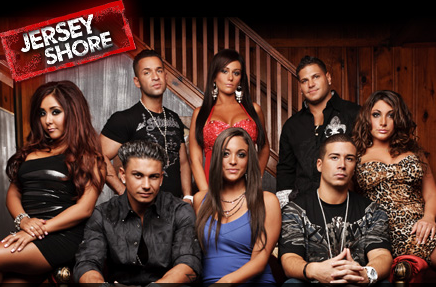 Jersey Shore just won’t ever quit. It’s fourth season, which is filming now in Florence, Italy will air on MTV in the U.S. starting August 4, 201 at 10 PM EST. But that’s not the end of the GLT-pack. Not even close. They’ll return to Seaside Heights to film a fifth season of spray-tan-scented partying.

That means more fights, more arrests, more hospitalizations, more Snooki romances, more Ronnie and Sammi drama, more of Jwoww’s boobs, and a whole lot more of not much of anything at all. Even on top of these full cast shows, we’ve still got a slew of spin-offs coming from these guys.

In related news, The Situation’s dad is now ganging up with Michael Lohan for publicity (or maybe even using Michael Lohan for publicity). A sign of the end times? Nah, things have been this crazy since the dawn of humanity. It’s just that we only recently had the internet and reality television. Snooki & Jwoww have a show, Pauly D has a show, and of course The Situation has a development deal.