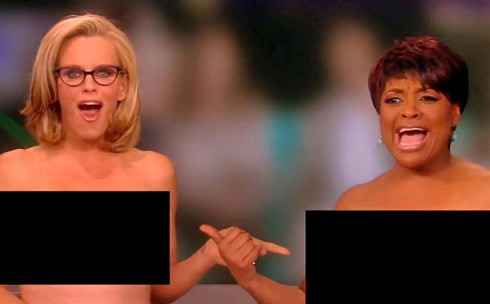 The top’s been blown off over at The View as it has been revealed that Sherri Shepherd and Jenny McCarthy will not be returning.

According to a source with People, Shepherd couldn’t reach an agreement on a new deal and McCarthy was dropped because the show is “moving in a new direction.”

The number 7 is God’s number of completion & after 7 seasons my time at The View is now complete!So grateful2 every1 4their love & support.

My View will be changing too. As will with many hard working folks. Thanks to everyone at the show for your dedication and an amazing year.

Considering that Barbara Walters retired in May, this leaves Whoopi Goldberg as the last woman standing.

Rumors have already started swirling about who will replace all of these long gone gals. Many sites citing insider sources are saying that the long-running show could bring on its first full-time male host.