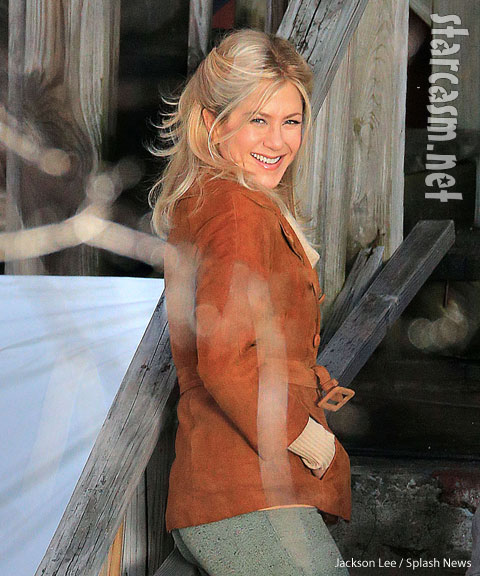 We’re used to Jennifer Aniston’s highlighted honey hair, but for her latest film project the A-lister is going totally blonde!

Sometimes actresses have trouble when they repeatedly dye their hair for different projects. January Jones has said that her hair actually fell out after numerous dye jobs for parts. Jennifer doesn’t have to worry about this issue, though, because she’s wearing a wig for the role. She told PEOPLE, “It’s so nice to wear a wig. It’s like putting a hat on. I’ve been using our conditioners on my hair underneath and it’s great to be able to watch your hair actually grow.”

Jen, who’s been shooting in Connecticut with her new blonde locks, plays a character named Mickey Dawson for a still untitled project based on an Elmore Leonard book called The Switch.

Do you like Jennifer as a blonde? Should color her real hair this shade?

Jennifer Aniston exasperated by the pressure to have children