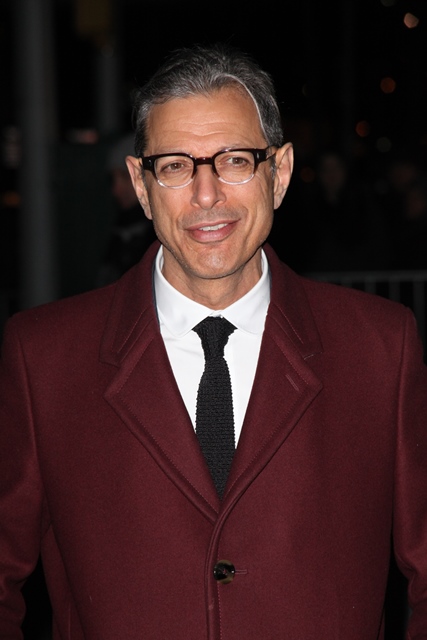 Noted thespian Jeff Goldblum recently dropped by Late Night With Seth Meyers to share everything that’s been going on in his world. As you might expect, the conversation eventually turned to Jurassic Park, because of Goldblum’s delightful turn as Dr. Ian Malcom. And because dinosaurs.

Goldblum, because he is a noted thespian and delightful human being, clued the audience in to a formerly little-known fact: someone has taken John Williams’ Jurassic Park theme and put words to it.

“Someone,” you say? “Who? Who would dare sully the good name of John Williams, and his beautiful, originally instrumental song?” Doesn’t matter now, because Goldblum is on the case like hot white on rice. Here he is, leading a talk show host and viewing audience in a sing-a-long:

Everybody got that? It’s:

Not a bad set of pipes you’ve got there, JB. Somewhere in a pile of scripts is a lounge singer role with your name written all over it.

The lyrics of this song are oddly fitting, too, given that Halloween is just around the corner.

Though the conversation was entertaining and reference-laced, Goldblum did not touch on whether he will have any involvement with Jurassic World, the forthcoming fourth installment in the Jurassic Park franchise.

TWITTER Did Jeff Goldblum fight a shirtless guy on the street?

Welcome (back) to Earth: Independence Day 2 is coming

Daniel Craig, Steve Carell featured in 1 is 2 Many PSA about sexual assault