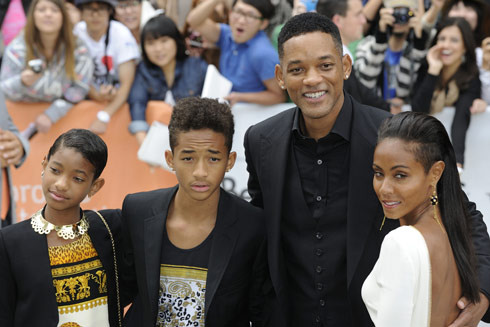 It seems like kids are growing up faster these days. For Will and Jada Pinkett Smith’s two children it’s like they’re in overdrive.

In a recent interview with The Sun, Will revealed that 14-year-old son Jaden is looking for legal independence so he can buy his own house and live on his own. For his 15th birthday, Jaden asked dad for emancipation. Will said:

“He says, ‘Dad, I want to be emancipated.’ I know if we do this, he can be an emancipated minor, because he really wants to have his own place, like ooh. That’s the backlash. On the other side, if kids just want to have command of their lives, I understand”

Dad and son are set to appear together in the sc-fi thriller After Earth.

Will Smith went on to explain he and Jada’s hands off approach to parenting:

“We generally don’t believe in punishment. From the time Jaden was five or six we would sit him down, and all he has to do is be able to explain why what he did was the right thing for his life. I think it’s a much more difficult question to ask someone — ‘Why was that right?’ — than to try to show them why it was wrong. Nobody wants to be wrong, all parts of yourself fight like crazy to not be wrong. So I’ll say to Jaden, ‘Why was that the right thing to do for your life?’ and if he can explain why kicking his sister in the chest was the right thing to do, we can see to it that he understands that it wasn’t so smart.”

Will explained this approach in greater detail with the famous example of when his daughter Willow decided to shave her head:

“There was a big thing about her being allowed to do it. Well, the rule in our house is you can do anything that you want and we don’t pull the parent card until danger is involved. So we are not going to let you do something that injures yourself or will have long-term repercussions. But she didn’t cut my hair, she cut her own hair. It grows back.” 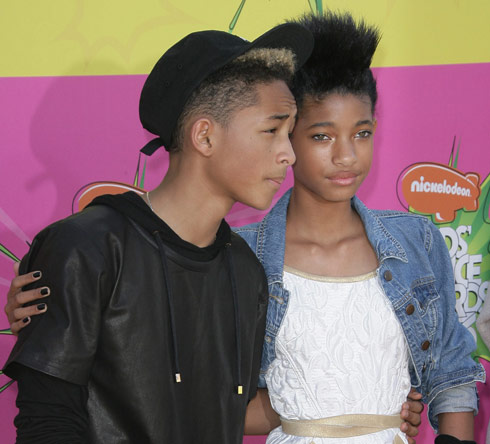 Speaking of the “Whip My Hair” singer, Jada Pinkett Smith is out promoting her documentary on 70’s activist Angela Davis and while doing so she discussed the 12-year-old’s decision to reject a lead in Annie and how it’s all part of a comeback plan. Yes, a comeback and the girl is not even a teenager yet! Jada said in an interview with the AP:

She decided that she wants to be 12 and says right now she’s really concentrating on music skills. She’s taking piano lessons, taking her singing lessons every day and writing. She’s really just developing herself. … She’s taking her time to develop her skills, so when she feels like people are ready to know the real Willow, then she will make a comeback.

Emancipation at 15 and a comeback after only being 12… Kids these days I tell ya’.

VIDEO: The Little Couple adopted a child with dwarfism from China