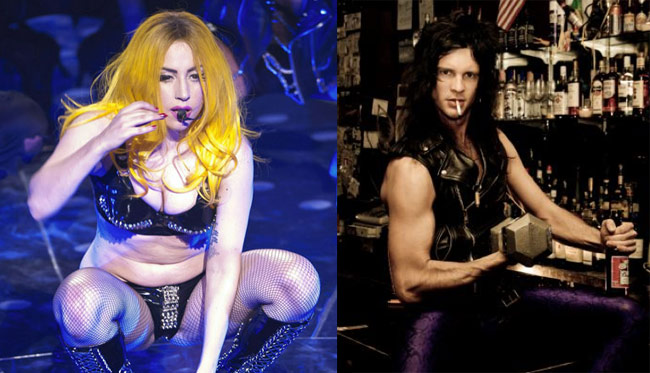 Well if I had to imagine what the guy who would end up marrying Lady Gaga would look like it would be our bartendin’ man seen above, Luc Carl.  The on-again off-again romance between the two is reportedly back on again and in a big way.  According to British tabloid the Daily Star the two have become engaged!

We’ve filed a couple of posts in the past on the man whom most of Gaga’s debut album “The Fame” is written about.  Actually it looks like Carl prefers to put one of those rocker-cool umlauts over his name so officially he’s Lüc Carl but that just gets exhausting so for now Luc it is!

According to the DS the two got along so well after spending Christmas at Luc’s parent’s pad that the two are taking it to the next level.  Further rumor speculates that the lovers will announce their wedding date on February 13th, the same day that Gaga drops her highly anticipated new album “Born This Way.”

This is a tabloid report so we’ll all find out if the proof will be in Gaga’s pudding or not.  But if this report is accurate this will lead to the most important question of our times.  What will Lady Gaga wear as a wedding dress?  I can’t even begin to fathom what that means!