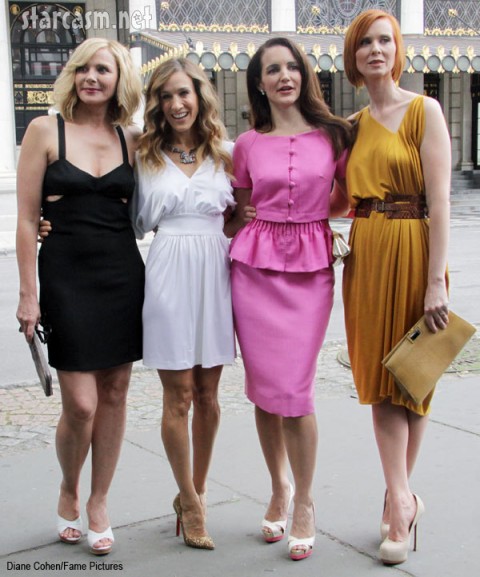 SEX AND THE CITY 2 SPOILER ALERT!

Israeli newspaper Yedioth Ahronoth claims to have access to the Sex and the City 2 script, and they’ve spilled some juicy details! Don’t read any further if you don’t want to know. (via New York Post)

Since everyone’s hurting from the financial meltdown, the clothes are going to be less over-the-top than the last movie, which is a shame because without weird clothes to look at all we’re left with is a plot as thin as their wallets.

The show was a lot of fun because of the blatant shallow materialism. It was a world where the biggest issues in a girl’s life could revolve around Jimmy Choos. There is no strong backbone for these women to fall back on. It’s just not that kind of show. They were at their best when all they did was lunch, talk about sex, and go shopping. Committments really weren’t committments, and heart break could really, truly be eased with ice cream, girl talk, and a new purchase. It’s a fun fantasy, an escape, with just enough emptiness to help real women appreciate the substance in their own lives.

But who wants to escape from their own financial woes to a world of more financial woes? Save the harsh realities of the financial downturn for the Real Housewives, not NYC’s beloved Single Ladies.