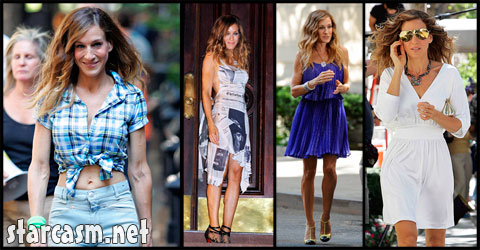 They’ve only been shooting for a few days and we already have an entire style gallery of Sarah Jessica Parker on the set! We singled out the ’80s flashback frizzy ‘fro look in an earlier post and now we can add hot momma jeans, a glittery pleated blue skirt and top, a Christian Dior newspaper dress and a see-through white outfit. (If the sun’s just right.)

I’m the first one to poke a little fun at SJP and her infamous equine facial features, but I will also be the first to admit she has a rockin’ bod, especially for a skinny chick! I can’t believe I’m saying this, but my favorite is the mom jeans/tied plaid button-up shirt combo. It looks more like an outfit from Sex and the Barn 2 instead of Sex and the City 2, but that’s alright with me! Heeee haw! Oh, did I mention she’s 44?

Be sure to see the rest of the photos (34 total!) on pages TWO, THREE, and FOUR as well as a couple over-sized centerfold-style images on page FIVE! 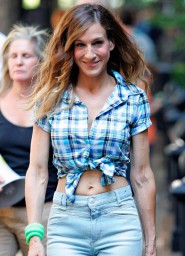 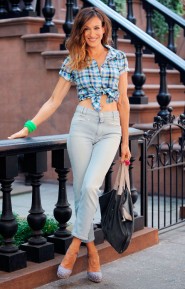 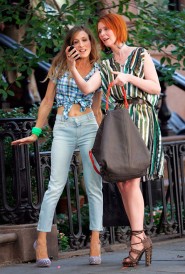 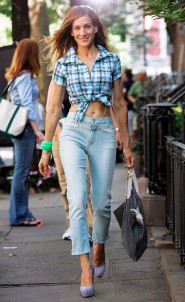 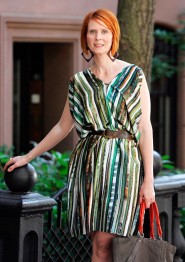 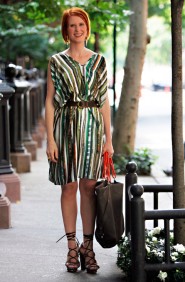 Be sure to see the rest of the photos (34 total!) on pages TWO, THREE, and FOUR as well as a couple over-sized centerfold-style images on page FIVE!