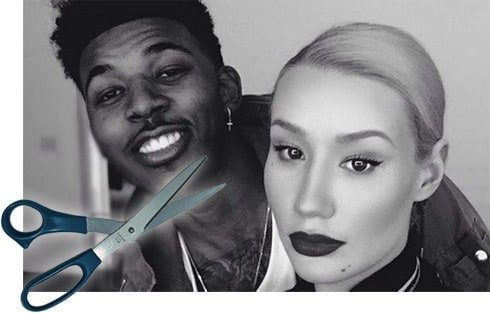 Iggy Azalea cut right to the chase about fiancé Nick Young’s alleged cheating following the controversy surrounding a video made by the NBA baller’s teammate.

Nick Young made headlines in all the wrong ways when a video of Young talking about hooking up with a woman not named Iggy Azalea, made by fellow Los Angeles Lakers star D’Angelo Russell, surfaced.

When Iggy sat down with the Orlando & The Freak Show on Wild 94.1, she was asked about the crazy situation and she had the following to say…

On D’Angelo Russell making the video, featuring a private conversation in which Young didn’t realize he was being recorded, in the first place:

I don’t know what he was thinking… I guess for me the bigger thing is, whatever bro-code is I don’t really care because I have an actual spoken commitment that you’re gonna get married to me and that involves not doing any of those other things. Screw guy-code, I’m not really concerned about guy-code. How about what this person said in the video. That’s what I care about.

On if she accepts that a professional basketball player is gonna play the field so to speak:

“No. I’m not cool with it. You will come home with half a penis. I already said, ‘One more video, just one more thing and you will lose a quarter of your meat.'”

The interviewer points out that she doesn’t know if it’s true and she answered, “That’s why he got to slide this time. I was just like, ‘Let me get some real evidence and you’re going to lose half an inch.'”

Azalea went on to explain that she has a celebrity life just like Young, but that doesn’t excuse her from being unfaithful. “What does that make me able to do then, because I think I have more fans than him. Maybe if you just have some regular-smegular wife just sitting at home you can sell that dream. But, you ain’t selling me down that river. Sorry boo. That whole athletes just cheat stuff. I do not accept that.”

During Azalea’s recent appearance on Ellen she said, “I got engaged. We’re good. There isn’t any controversy at home, just on the internet.”