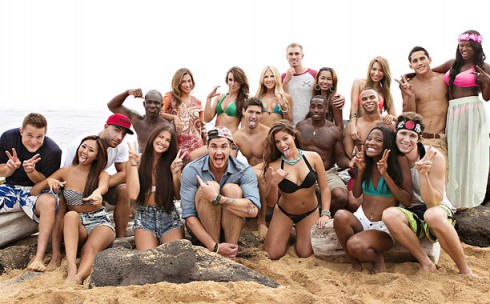 MTV’s latest dating reality show Are You the One? puts a spin on The Bachelor with compatibility testing. It up to 20 people living together in Hawaii to correctly pair up with a romantic match that has been predetermined for them in order to split a $1 million prize between them. How did the show decide these matches? Is this really an indication that these people are meant for each other?

Entertainment Weekly questioned executive producer Tiffany Williams about the process, and it turns out it’s a bit more thorough and complicated than an online dating questionnaire.

The show’s matchmakers are marriage/family therapist and a psychologist who uses holistic therapy to match couples. “The matchmakers got pretty deep into all of the contestants’ past relationship history, so they would do these interviews with the contestants and their family, friends, and exes,” Williams says. “All that information was combined and analyzed.” While they did have numeric data from questionnaires, the matchmakers supplemented this information by watching the contestants interact and lengthy interviews.

Williams also explained how the show was cast: “Casting narrowed down the contestant applications significantly, and then looked to see which ones were perfect matches. The final pool included groups from across a spectrum of relationship experiences and backgrounds.”

Javi Marroquin auditions for Are You The One? Ellie Puckett wants to have his baby

MTV’s The Challenge returns with Battle of the Exes II; Diem and Knight part of cast