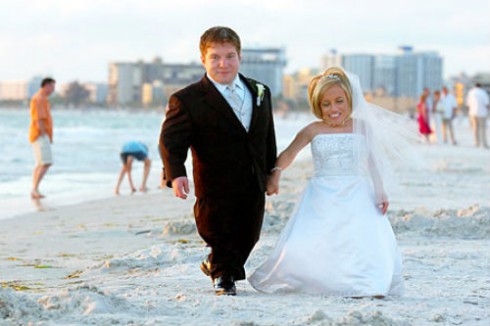 Many viewers know The Little Couple‘s Bill Klein and Jen Arnold connected as adults on a dating website for little people. But, did you know their love story actually extends back three decades?

“My first meeting with Jennifer was when we were 10 years old. We were both in the hospital in Baltimore. She was in for surgery, and I was in for physical therapy,” Bill told TLC of his eventual wife. They both traveled from the home states in opposite corners of the country to meet with the same orthopedic surgeon. “I remember that I was very happy when I first saw her but she was not in a good mood, because she just had surgery the day or two before… I remember it very, very, well. I even remember the room that she was in. Nonetheless, she didn’t remember me, at all.”

Although she doesn’t recall that meeting, Jen said she absolutely believes it: “Everything he described about that day, me and the people in the room was perfect.” 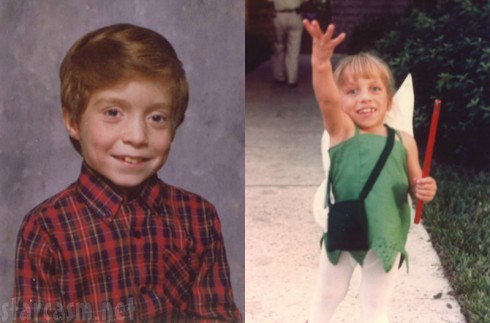 After that encounter, Bill and Jen’s paths didn’t cross for another 10 years. By that point, Jen was studying with their doctor and preparing for medical school.

“Our doctor and nurse practitioner actually tried to set us up a few times, believe it or not,” Jen said. “Both Bill and I were interested in going into medicine and we both shadowed our surgeon, but I never got to meet him because we did it at different times.”

That blind date never came to be and — once again — Bill and Jen fell out of each others lives for another 10 years.

“I registered for a website called datealittle.com… I wrote to her, but she wasn’t paying the bill for her registration, so she could not read my email,” Bill said.

Three months later, Jen logged online “with my best friend and a glass of wine.” Although she was more interested in finding female friends, she agreed to email one guy.

“I searched all of the profiles for young men, my age, with good jobs, who weren’t married, looking for love, and looking for people that I didn’t already know,” Jen recalled. “I came across Bill’s profile so I sent him a random email and said, ‘Have we ever met before at a Little People in America conference? You look familiar.’ That was my great pickup line.” 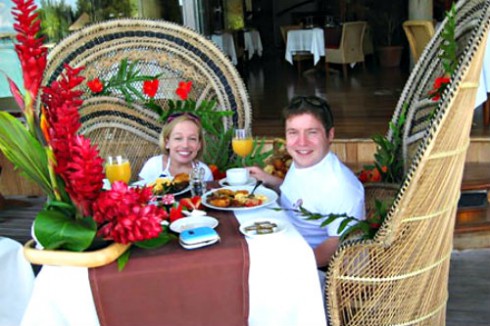 Bill and Jen began chatting on the phone, but both were working long hours and had little spare time or energy.

“After about a month and a half of calls, she fell asleep on the phone one night — at that point I decided she was either too comfortable or too bored,” Bill said of Jen, who was a Neonatal Fellow at the time. “Either way, I needed to close the deal here because I was in love with her at that point.”

Determined to get the girl, Bill flew out to Pittsburgh, where Jen was living at the time. Still, Jen was apprehensive and only agreed to meet him at Starbucks.

“After I was vetted through that process, she felt comfortable enough to go to dinner,” Bill said of their first official meeting.

Jen added, “We had the longest conversation ever in Starbucks. It was awesome. I knew right away that this one was great, so I went home, got dressed again, and we went out to a sushi dinner where neither of us ate anything — to the point where the owners came out and they were like, ‘Is it bad?’ And we said,’No, we’re just talking so much.’ I had a wonderful time.”

Bill and Jen had a long-distance relationship for the next three years before tying the knot five years ago. Now the parents of two, Bill recently surprised Jen with a vow renewal.

The Little Couple airs on TLC Tuesday nights at 10/9c.

The Little Couple’s Jen Arnold’s in remission from choriocarcinoma!

What kind of doctor is The Little Couple’s Jen Arnold?