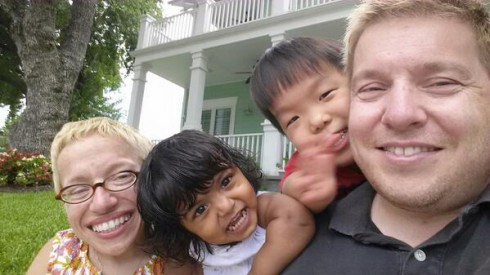 Five months after announcing she is officially cancer-free and seven months after finishing her last round of chemotherapy, The Little Couple‘s Jennifer Arnold said this week that she’s doing “really well.”

The TLC star was diagnosed with choriocarcinoma, a rare form of cancer, just as she and husband Bill Klein were welcoming adopted daughter Zoey into their home. The busy mother-of-two then endured a brutal round of chemotherapy.

“While on chemotherapy there are good days & bad days — the challenge is to not fight it, but learn how to make the best of both,” she said in December.

Even after completing the round of treatment in February, Jen said her body was taking some time to recover.

“Sometimes I get a little winded when I walk around more and I have that fuzzy chemo brain at times,” she said when announcing her remission. “But I am very excited and happy to be where I am right now.”

These days, Jen told the group at the Congressional Coalition on Adoption Institute’s Angels in Adoption event in Washington D.C. on Wednesday that she’s both happier and busier than ever.

“I’m back to work full-time,” Jen said of her job as a neonatologist at Texas Children’s Hospital, People reports.

Beyond work, Jen said she has her hands full with two young, active kids — especially as they are into “everything” from school to swimming to playing outdoor. 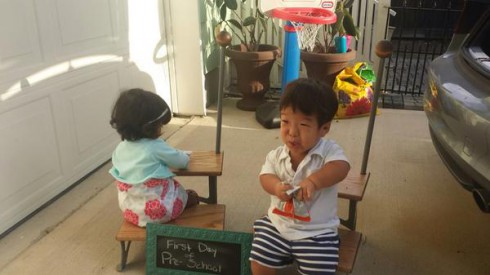 Jen said her 4-year-old son and 3-year-old daughter are also starting school, which will eventually integrate basic studies, some speech therapy and lessons from their native countries.

“Their speech is getting better,” Jen said of Will, who was adopted from China, and Zoey, who was adopted from India. “We’re about to start some education with them from their countries — take some immersion courses in the near future — probably not right away… Obviously, we have a lot of great milestones with these guys.”

THE LITTLE COUPLE are back! Bill and Jen go house hunting in Florida