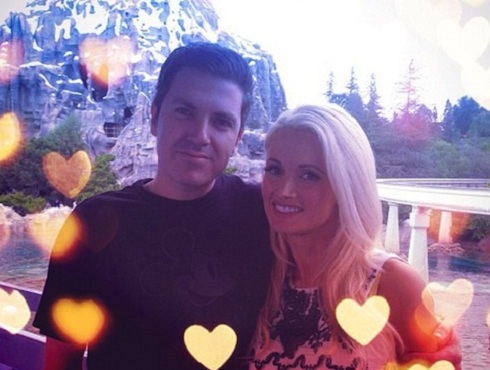 Holly Madison just announced that she is 12 weeks pregnant. The former Girls Next Door star has been dating her party promoter beau, Pasquale Rotella, for nine months and although she previously said she was in the process of adopting a baby from South Korea or Africa, it looks like she might have opted for a baby of her own. Her baby news is surely something to celebrate, but her baby joy may be short-lived since Pasquale could be thrown behind bars before the baby is even born.

Pasquale is facing up to 13 years behind bars after a few parties gone wrong. According to PEOPLE Magazine, Pasquale was recently indicted on 29 counts of bribery, embezzlement, conspiracy and conflict of interest following a string of raves at the Los Angeles Memorial Coliseum. 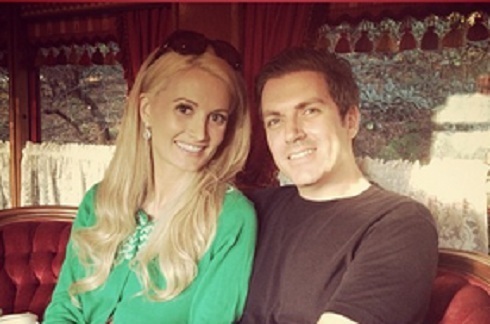 Back in March, Paquale’s attorney told press that he “has always acted lawfully and appropriately with respect to all of his dealings with the Los Angeles Memorial Coliseum,” adding that the charges against his client were “completely baseless and flat-out wrong.”

Pasquale had allegedly rerouted more than $2.5 million from the venue he and his company, Insomniac, received to pay off city officials via backroom deals.

Pasquale will be back in court for a pre-trial hearing on September 25.