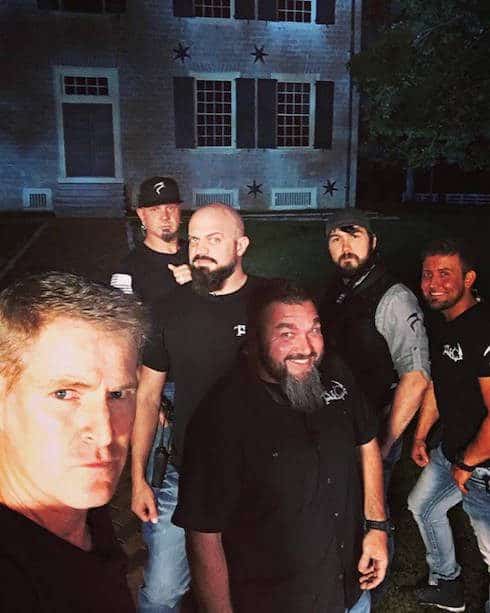 In case you missed the big switch last week, there’s a new Haunted Live Travel Channel host in town. The Tennessee Wraith Chasers are now going live every Friday night with journeyman actor and comedian Jamie Kaler, who picked up the gig midweek and didn’t miss a beat in his debut.

Jesse Blaze Snider, son of Twisted Singer frontman Dee Snider, had been the host. But apparently the powers that be wanted to make a switch — so Jamie got the call, and joined up with TWC just before their much-anticipated Cragfont episode. The network didn’t make an announcement beforehand, so the switch seemed to be a surprise for most viewers (if the reaction on social media is any indication).

But Jamie got plenty of good reviews from Haunted Live‘s fans — and he stepped into the role pretty smoothly, all things considered. I mean, put yourself in his place for a minute: if you got a phone call kind of out of the blue offering you a job doing *live* television, with only a couple days to prepare, for a group of guys you’d never met, would you feel totally at ease?

For Jamie, the answer to that hypothetical was clearly “Sure!” Here’s his introduction to Haunted Live via social media, in which he looks and sounds like he’s been hosting the show for awhile:

So who is this new Haunted Live Travel Channel host? You’ve probably seen him a time or two (or three) before, even if you didn’t recognize him. A journeyman actor, Jamie has been in episodes of Friends, Third Rock From The Sun, The King of Queens, Arrested Development, Will & Grace, How I Met Your Mother, NCIS, and a *ton* of other shows. You’ve also heard his voice on Robot Chicken.

(As a quick aside, Jamie also had a role in the highly anticipated, controversial Heathers TV series, which was shelved indefinitely after the Parkland school shooting but is now going to air.)

Jamie’s also featured in a number of different movies throughout his career, and has garnered increasing critical acclaim of late. Here he is after winning Best Actor at the 2017 North Hollywood Cinefest for his role as Pete Martel in Phil Leirness’ The Lady Killers: 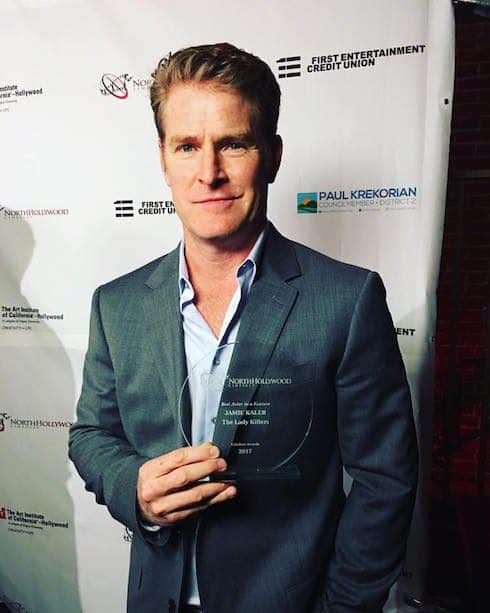 In addition to acting (and ghost hunting), Kaler has lately been spending time developing The Dadlands, his “digital destination for dads everywhere to feel part of a community that not only helps and uplifts, but entertains.” The site offers a broad swath of dad-based catharsis, from its “Father Time” podcast to its “Funny or Cry” memes, and Kaler’s own “Dads in Parks” short series. Indeed, who among us has not wondered why the parents in the song keep letting the monkeys jump on the bed?

And — as you may have expected, given the fact that he’s now the host of a ghost hunting show — Jamie has no problem getting into October’s holiday spirit:

You can follow Jaime’s adventures as the new Haunted Live Travel Channel host via his official Facebook, Instagram, and Twitter pages. And, of course, you can tune in to the show: Haunted Live airs Friday nights at 10 on Travel Channel.