Both Chord Overstreet and Emma Roberts (who used to date, but that’s besides the point) dressed up as other celebrities for Halloween. Chord channeled idol Brad Pitt in his broody Chanel No. 5 ad, and Emma Roberts went as her aunt Julia’s prostitute role in Pretty Woman.

Meanwhile, Emma Roberts stepped out with boyfriend Evan Peters (of American Horror Story) as Vivian Ward, the hooker her aunt Julia played in 1990’s Pretty Woman. Aunt Julia is probably getting a kick out this. 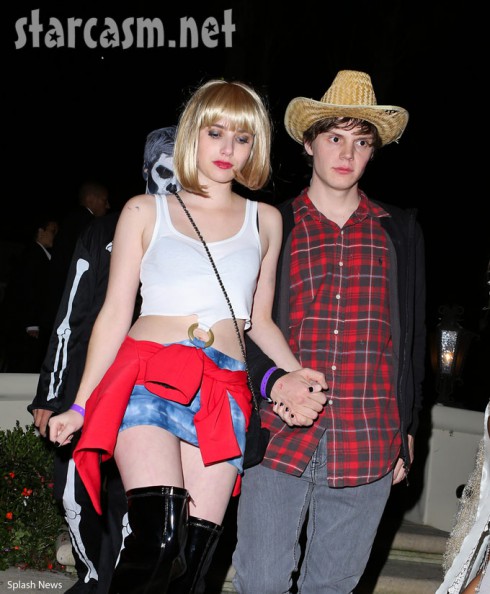 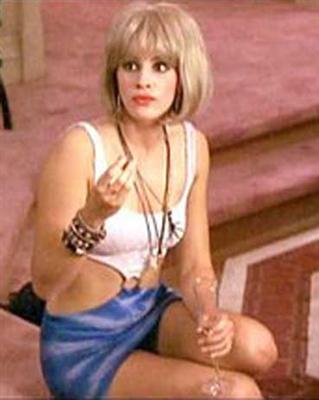 Brad Pitt used to smoke a lot of pot