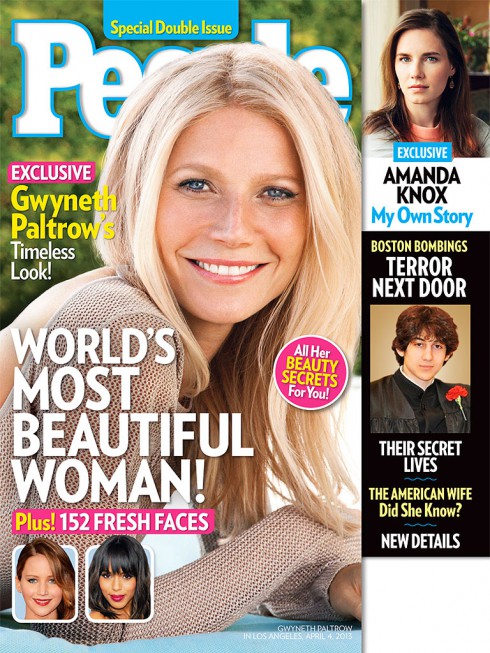 Anyone else remember that Pantene commercial from the 1980s with Kelly LeBrock that started off with “Don’t hate me because I’m beautiful?” Well, that could very well be the mantra of actress and blogger-to-the-wealthy-consumer Gwyneth Paltrow, who has just followed up being dubbed Most Hated Celebrity with being named by People as 2013’s World’s Most Beautiful Woman! In the issue Gwyneth opens up on how she stays in shape and how, at home, she’s just a mommy and wife.

“Around the house, I’m in jeans and a T-shirt. I don’t really wear makeup. That’s what they’re used to,” Gwyneth explains to the magazine, adding that her husband Chris Martin often jokes about her Hollywood alter ego. “If I’ve gotten fully dressed up, he’ll be like, ‘Oh, wow! You’re Gwyneth Paltrow!’ Because he’s used to seeing me in like baggy shorts and frizzy hair.” 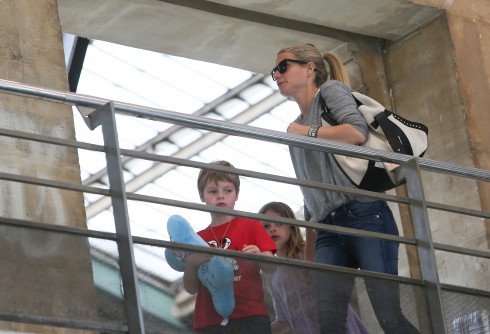 ^ Gwyneth Paltrow with her children, Apple and Moses in Paris. (Photo: WENN.com)

When she’s not caring for her kids and tending to her hubby, Gwyneth makes time to hit the gym where she does the Tracy Anderson Method five days a week. “It makes me look younger and feel strong,” 40-year-old Gwyneth explains. “When I first started, I thought, ‘I’ll never be good at this. This is a nightmare!’ But now it’s like brushing my teeth, I just do it.” 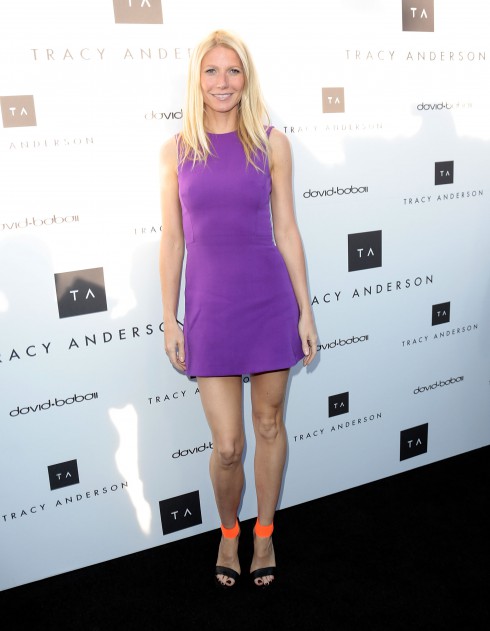 Gwyneth may be one of the most sought after actresses out there, but behind-the-scenes, she’s just like most mommies, hoping to be the best parent she can be, which means passing on her confidence to her young daughter Apple.

Apple is starting to become interested in things like makeup, and while Gwyneth would never want her to feel as though she needed it, she sometimes let her try it out. “When we’re home sometimes, she’ll put on mascara. And sometimes I’ll let her wear something out to dinner – but just a little dab,” she says.

Husband Chris is also actively working on ensuring that Apple has a healthy view on her body as she grows. “Having a father who adores you the way that he adores her is very good for your body image. The more we can love her and let her be who she is, the more confident she’ll feel.”

Gwyneth Paltrow is living off of food stamps for a week