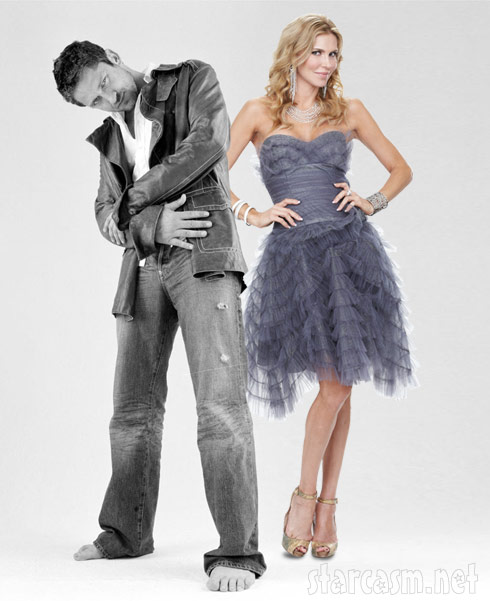 Gerard Butler is finally coming clean about what happened between him and Real Housewives of Beverly Hills star Brandi Glanville. Brandi had previously claimed on Watch What Happens Live that the two hooked up, but when Gerard claimed to not know a “Brandi Glanville” to a Los Angeles photographer, many thought she had fabricated the story to get press. As it turns out, Brandi wasn’t lying at all and recently, Gerard cleared her name on The Howard Stern Show.

When Howard brought up Brandi, who was also recently on his show, Gerard explained, “Here’s the thing — You know, you’re at a beach party, you’re having fun and this girl comes along and she was so .. I’m like ‘What do you do?’ She’s like, ‘It doesn’t matter.'” Brandi may not have told Brandi that she was a soon-to-be reality star, but who cares? Is it really mandatory? What is important (at least to fans) is what happened between them. Unfortunately, Gerard didn’t reveal much. “We hung out, we had a little bit of fun,” was all he’d say.

Gerard is still staying a bit coy about the details of their rendezvous, but it’s good to see that he has finally admitted to knowning her and their “bit of fun” — especially after he so publicly denied it to start. However, Gerard did have a decent explanation for what had happened with the photog.

“You know what I said — ‘Who’s Brandi Glanville?’ — because I didn’t know her last name,” Gerard explained to Howard. “[I] didn’t know she was a celebrity, didn’t know she was gong to run out and f*cking tell everyone about it!” Not knowing the last name of the woman you had a “bit of fun” with may not be the greatest excuse but Gerard has come clean and that’s what matters! Now, Brandi can tell everyone, “I told you so!”

As far as his alleged fling with Brandi’s Real Housewives of Beverly Hills co-star, Gerard has yet to comment.