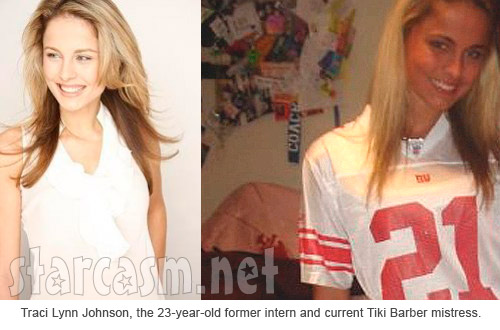 According to reports, Tiki has been spotted with Traci, 23, on numerous occasions and has been introducing her as his assistant. (Maybe ASSistant!) The always-smiling, “family-first” Barber reportedly had Traci with him while covering the Vancouver Olympics for Yahoo! and also during filming of a special Tiki was hosting for the Travel Channel on Senegal.

I was doing research on the latter when I ran across a photo that literally induced a spit-take. Thankfully it was just water and thankfully my brother bought me one of these “keypad condom” things due to my propensity for spilled drinks and occasional spit-takes. Anyway, see if you can spot the hot blond mistress in this photo. I’ll give you two guesses! 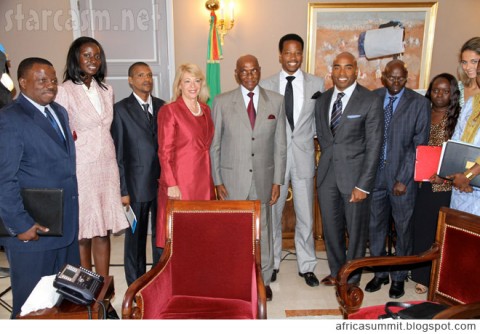 Pbfbfbfbfffft!!! Senegal? More like SINegal! Heh heh! Here’s a zoomed in image where you can clearly see Traci with what can only be described as a “Yeah, I’m having sex with the host” smile! 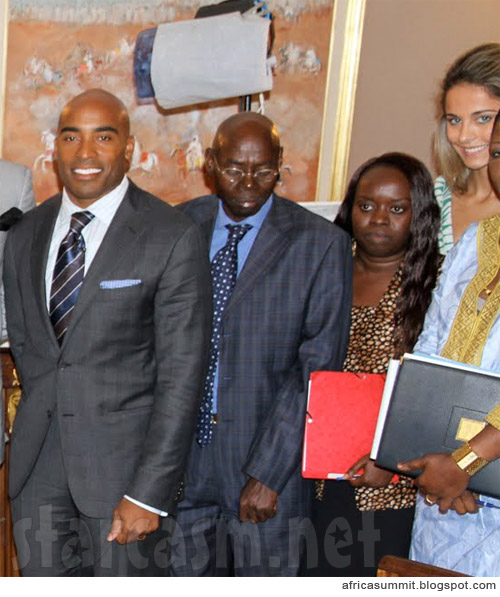 I am almost embarrassed to say that I’m going to look to see when Senegal: The President’s Tour comes on again and I will probably watch it to see if Traci makes any cameos. If anyone else feels the same way, but wanted to know a little bit more about it first, here’s a description from Facebook:

The film features Senegal’s President Wade who guides television correspondent, Tiki Barber, on a scenic and fascinating journey throughout this West African country. The film will reveal the splendid terrain, tourist attractions and historical sites, such as Gorée Island, that attract visitors from all over the world. It will also showcase the fashion, music, educational and technological advances that have made Senegal one of the stars of West Africa. 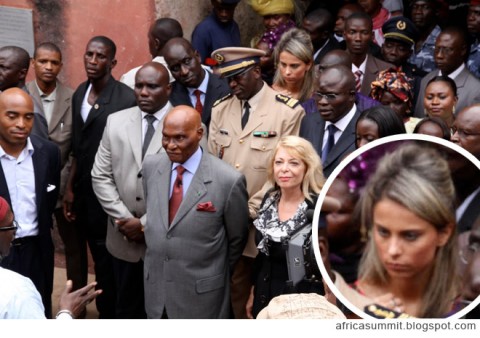 Ben Flajnik and Courtney Robertson reveal what led to their split