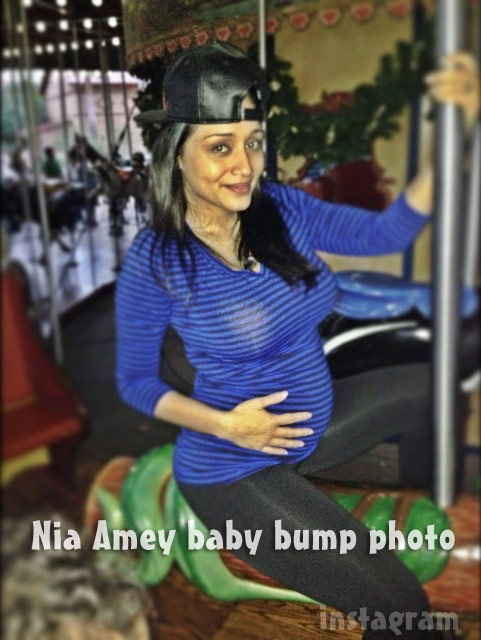 The internet is still recovering from TMZ’s celebrisphere-shaking report yesterday that singer Chris Brown is a dad after a woman named Nia Amey (above) gave birth to his daughter nine months ago. Chris Brown’s on-again, off-again girlfriend Karrueche Tran seemed to confirm the report earlier today when she seemingly tweeted a break-up message to Chris Brown that ended with, “No baby drama for me.”

Someone else that may not be having any more baby drama is the man who apparently thought he was the father before the story broke! The man, who had set up an instagram account for baby Royalty under the name ROYALTY_YAYE_BAH, posted a photo of TMZ’s story before adding a message of betrayal. Here is a photo of him with little Royalty followed by his message just before deleting the account: 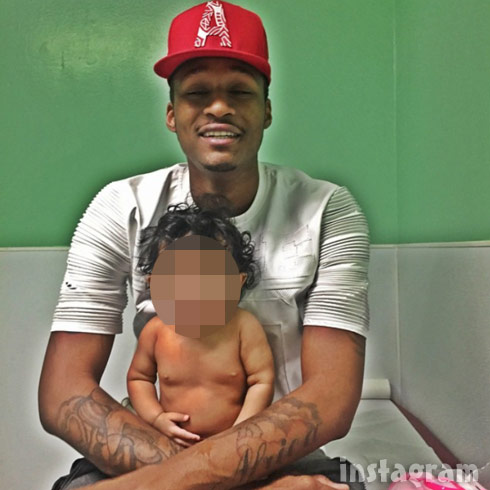 The Saddest Day Of My Life This lil girl meant the world To Me I been There Through Everything I was told This Was My child How Can This Be happening A Man Just Steps in and Take Over What I Built What I lived for I Dedicated My Whole Life To This Family Now Everything Is Gone.. @tmz_tv @balleralert Y Did this happen To me Now I lost My Lil Girl For Good

The Instagram account had tons of what look to be personal photos of Royalty, so that seems to validate his claims.

Here’s a photo of pregnant Nia Amey not long before she gave birth, which was on May 27, 2014 according to her brother: 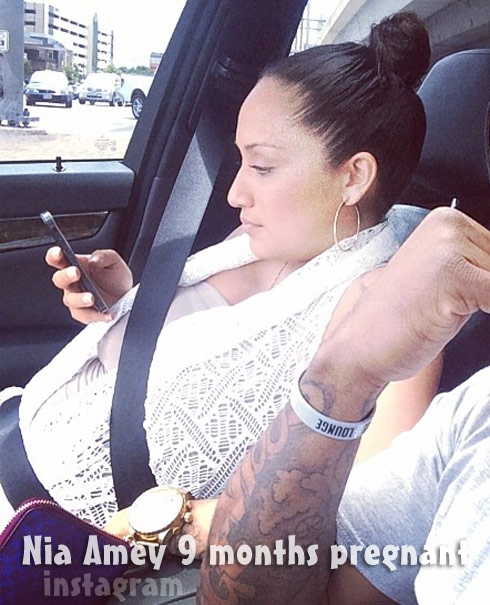 Adding even more baby drama to the story, I was doing a bit of research on Nia Amey and ran across marriage and divorce records that seem to indicate Nia was married at the time she got pregnant!

According to online records for Nueces County, Texas, Nia Guzman married Terry Amey on March 8, 2003. (The Guzman maiden name is right in line with Nia’s Hispanic heritage, as mentioned on her Model Mayhem profile. Other sites are reporting that Nia’s last name is Gonzalez, however.) The records indicate that Nia was 20 years old at the time, which is right in line with her being 31 now, as reported by TMZ. Meanwhile, Terry Amey was 36 at the time, 16 years older than Nia.

On January 15, 2014 a local publication posting legal notices for coastal Texas printed an entry that stated there was a divorce suit filed for Terry Amy and Nia Amey in Nueces County District Court. It doesn’t take a lot to do the math and add nine months to nine months to figure out that Nia must have gotten pregnant some time in the summer or fall of 2013, well before the divorce suit was filed. (It should be noted that there are lots of instagram photos of Nia from over the last few years and I didn’t see her wearing a wedding ring in any of them.)

I could find no record of the divorce being finalized (or not). It’s also unclear if the man with the Instagram account is Terry Amey, who would be 47 years old now.

While you take in all this latest info, here’s Nia Amey starring in Phill Wade’s music video for “Dreams Of You” in which you can clearly see her rather elaborate back tattoo:

Michelle and Jim Bob Duggar announce 19th baby – will they go for 20?