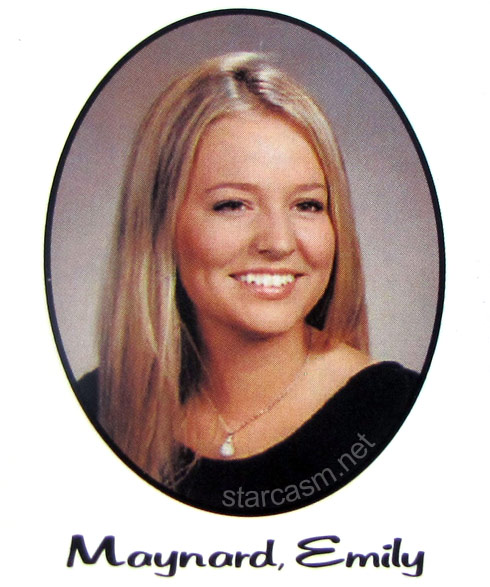 24-year-old Emily Maynard won the heart of Brad Womack (and most of America) on season 15 of ABC’s The Bachelor and judging from her 2004 Key West High School yearbook photo, that’s something she’s been doing for years! The attractive blond is pictured here when she was 18 and obviously taking full advantage of the
Florida sun.

Originally from West Virginia, Emily spent a few years in Key West, including those ever-so-important high school years. It was while in Florida that she first met NASCAR driver and future fiance Ricky Hendrick. As most of you familiar with Emily or The Bachelor know, Ricky would die tragically in a plane crash while en route to a race at Martinsville Speedway in Martinsville, Virginia on October 24, 2004. One week later Emily found out she was pregnant with Ricky’s child.

Wait, I’m tearing up again! This was supposed to be a fun high school yearbook photo post! If you want to know all about Emily’s difficult past you can read all about it in our profile post HERE.