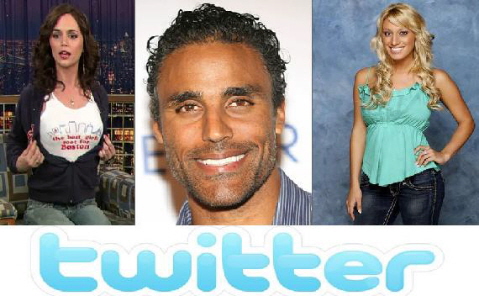 Oh what a tangle web we weave Tweet!  This here Twitter saga is almost as complicated as Lost.  Eliza Dushku is dating former NBA star Rick Fox.  Rick Fox was in attendance for ABC’s Dancing With the Stars and near him in the celebrity crowd was Bachelor winner and current DWTS performer Jake Pavelka’s main squeeze Vienna Girardi.

Whew, now here comes the good part.  It looks like Eliza had a little problem while watching the broadcast on TV.  What was her problem?  She didn’t like the way Vienna was looking at her man.  And man did she have something to tweet about it folks:

“I will CUT you!”  That is an unadulterated threat if I’ve ever seen one.  Now you’ll notice that under that comment she posted a pic.  THAT’S RIGHT, she had the brains to take a photo of this offensive Girardi ogling and post it.  Behold the evidence: 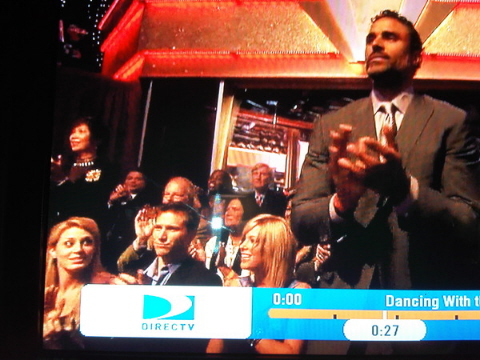 I have to admit, it certainly does appear as if Vienna is interested in a little sausage, Fox style.  Look at that smirk on Jake’s face, the poor guy has no idea what’s happening.  Let this be a warning to all the ladies out there.  Keep you eyes off of Rick Fox, he is Dushku’s meat.