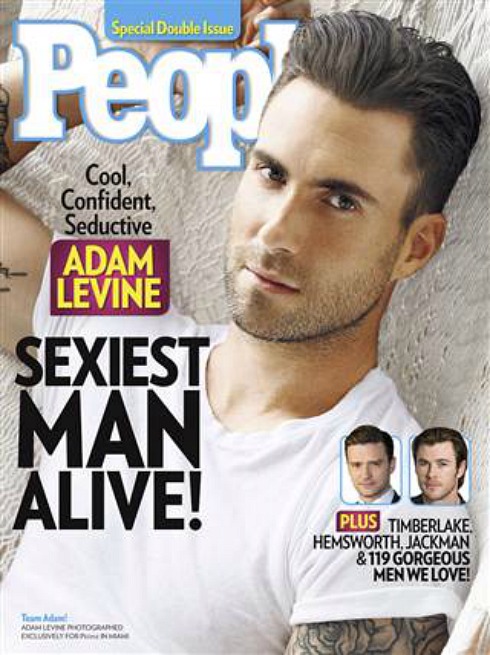 “I feel sexy,” the 34-year-old said when the honor was revealed during Tuesday night’s episode of The Voice.

With the title on his resume, the Maroon 5 frontman joins recent winners Channing Tatum and Bradley Cooper as well as classic winners like George Clooney and Johnny Depp. 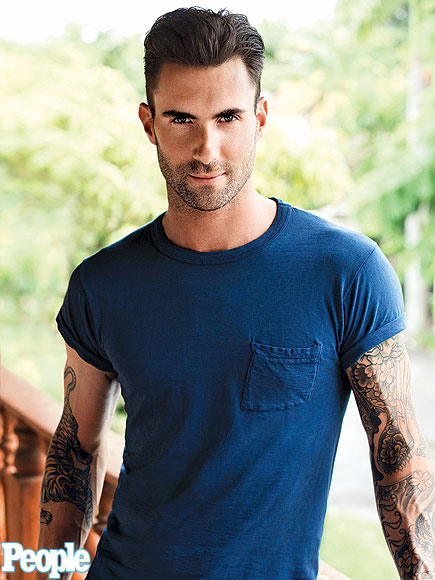 Although Adam’s selection makes many, many fans very happy, some readers think People went amiss. (The same thing happened last year when the magazine picked Channing Tatum while many fans thought Ryan Gosling should have won.)

“He’s got the sort of confidence that we’re looking for,” People senior writer Kate Coyne told Today. “He’s more of a slender build than some of our past sexy men. He’s not quite as burly and brawny… If he is your type, he is fully your type.”

Do you think Adam Levine is worthy of the prize? Who is your top pick?