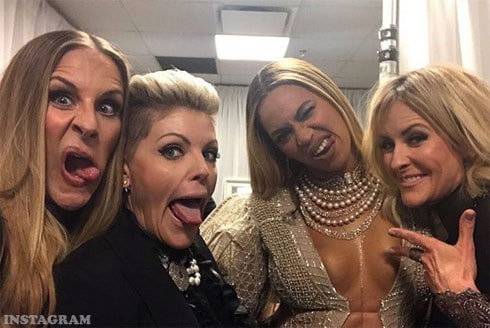 Social media lit up yesterday when it was revealed that Beyonce was going to perform live with the Dixie Chicks at the CMA Awards. Following their take on Queen Bey’s “Daddy Lessons,” a legion of country music fans sounded off on their dissatisfaction over having either of these acts on the show.

The negative feedback was so pervasive that TMZ reports the CMA website and related official social media sites scrubbed any reference to what many considered to be the highlight of the show.

Sources connected with the CMAs said that head honchos caved to pressure from folks posting harsh and sometimes racist comments. Of particular concern for the higher ups was both of the acts’ vocal support for the Black Lives Matter movement.

After TMZ’s post, the Country Music Association did share a Facebook post from the Dixie Chicks. The corresponding comments section is littered with renunciation of the Dixie Chicks, Beyonce and the choice to have either appear.

Some examples of the vitriol:

Jessie Worginton – The CMA knows that the majority of Country music fans are VERY patriotic. The only artists that have crossed the lines of the values we take pride in would be Beyonce and The Dixie Chicks. They were VERY well aware of this. They knew we would be upset. So NOW as fans voicing our opinions SAYING SO we are being labeled as “racists”. We ALL KNOW it has nothing to do with race, rather Beyonce and The Dixie Chicks past antics. So congratulations CMA for furthering the divide in this country, and showing US the REAL fans that you have no disregard how this would all backfire on the fans in this genre. You should be extremely ashamed of yourselves!

Sandi Foster – I hope the CMA’s learn from their mistake to allow Beyoncé to perform! I have not read one good thing about the performance. Country fans, including myself, are outraged that they would allow a racist, cop hater to be part of such a great show. The Dixie Chicks need to be banned for performing with her but you know they are trash anyway!

Pamela Rattan – Worst performance ever!!! Pro cop killer Beyonce, and anti American Natalie Maines…. smh… CMA’s should have known their audience. Huge mistake. Beyonce can’t sing country, her timing was all off, and she danced like a stripper. Six police officers ambushed and murdered in the 72 hours leading up to the cma’s and there’s pro cop killer Beyonce. And we ran Natalie Maines out of country music back in 2002 and no one wants her back!!

Melody Guldemond – She sucks her performance sucked.. all she was about was wanting every one too see her shaking her a**… she should of never been aloud too be on a country music awards show.. she’s a obama/ hillary lover.. she needs too get the hell out of this country and take those 2 looser’s with her…

Following a retweet of a story about the CMAs cowering to pressure, the Dixie Chicks tweeted:

If we all turn this up really loud, together we can drown out the hate. https://t.co/PWJcDeNmuR