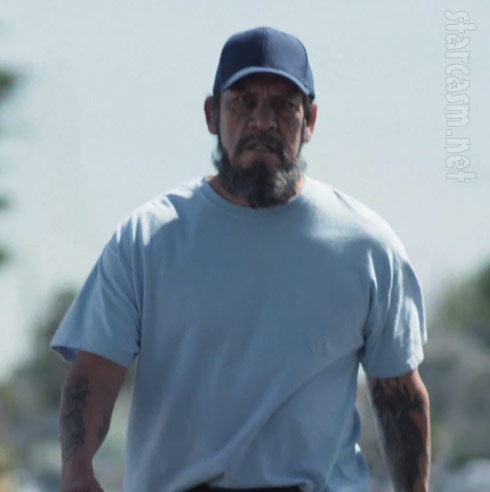 If you’re not familiar with the now infamous AC Transit bus fight that occurred back on Feb. 15, 2010 here’s a little background. The fight featured 67-year-old Thomas A. Bruso, who later became known as “Epic Beard Man” and a man only identified as Michael. In the following clip, Bruso is shown wearing a t-shirt that reads, “I AM a motherf****r” across the back. Michael is seated across from him near the end of the bus and a verbal altercation ensues.

No one is sure how it started but you can see Michael ask Bruso, “”Why’s a brother got to spit shine your shoes?” Bruso explains that a brother could be anyone and things just digressed from there. At the conclusion of the clip you see Michael step one too many times to the Vietnam Veteran’s face and Bruso lays him out bloodied with a vicious serious of punches after Michael pushed him first.

Here’s the clip that has spawned a Trejo film and I’ll warn you there is adult language and violence aplenty in this one:

Michael later apologized to the AC Transit of Oakland, the people who were present on the bus and to Bruso for his role in the fight. He stated he was intoxicated at the time but was simply trying to calm Bruso down. As for Bruso, a brief YouTube documentary was filmed about him and another clip popped up of him being tasered twice by cops at an Oakland A’s game. He was required to receive a psychological evaluation.

Now on to the film that is based loosely on the life of Bruso. Bad Ass stars Trejo as Frank Vega. here’s the intro courtesy of IMDB:

Decorated Vietnam hero Frank Vega returns home only to get shunned by society leaving him without a job or his high school sweetheart. It’s not until forty years later when an incident on a commuter bus (where he protects an elderly black man from a pair of skin heads) makes him a local hero where he’s suddenly celebrated once again. But his good fortune suddenly turns for the worse when his best friend Klondike is murdered and the police aren’t doing anything about it. 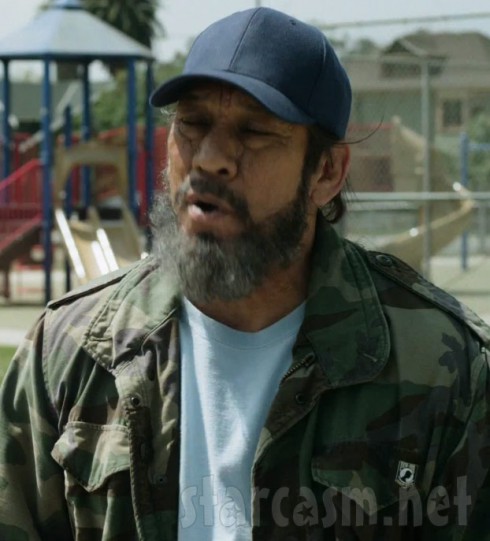 I guess I aught to emphasize the word loosely to “inspired by Bruso.” He was a dude who got into a fight on a bus but in the film he takes on Neo-Nazis and a whole city of bad dudes as buses and buildings explode. You gotta love Hollywood, but hey it’s Trejo kickin’ butt and taking names all while wearing a fanny pack. Here’s the clip:

You can check out more about the film directed by Craig Moss here.

PHOTOS I don’t know how Christina Hendricks does it

PHOTOS VIDEOS Javier Colon to compete on The Voice