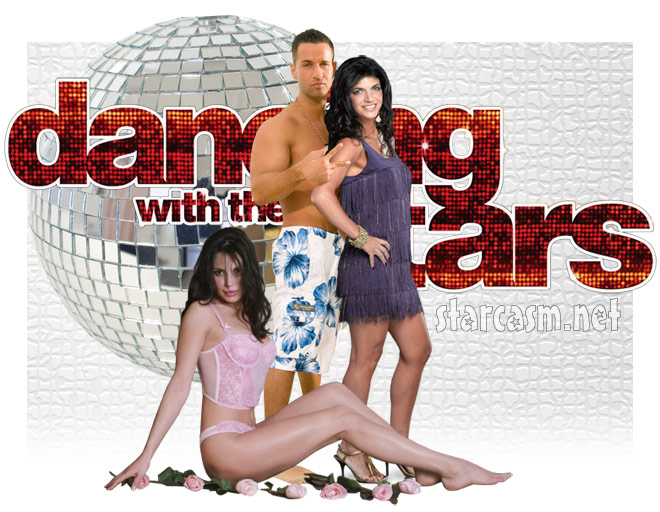 Every year Dancing with the Stars amps up their relevancy by casting people who are dominating headlines and reality television, and if these rumors are true, Season 11 is going to the be biggest Season yet.

Last Season Kate Gosselin captivated everyone both her preposterous tabloid and children ridden life, and her atrocious dance skills. She stayed much longer than her stiff posture should have allowed, but proved that DWTS isn’t purely a dance competition. The best dancer usually wins; but, at least in the early voting, the audience keeps around the people who will be the most entertaining.

This next season may ramp up the drama even further with Oksana Grigorieva, Teresa Giudice, and Jersey Shore‘s The Situation.

Oksana’s embattled personal life would definitely rivet fans of the show, and probably bring in scores of new viewers. Plus she might not be a bad dancer.

Teresa Giudice might be another story in the dancing department, but she’s definitely got an impassioned temper that could translate well on the dance floor, plus she desperately needs the money. But she’d probably have to do about 50 seasons before she made enough to pay back all her debtors. Either way, this one’s probably in the bag if her Twitter account is to be believed.

The Situation might also show some promise in the ballroom. He’ll just have to resist his urge to fist pump, and he’ll need to dance shirtless in order to stay in the game. On second thought, maybe they could actually work fist pumping into one of his routines. If this mess was choreographed, they’ll work in anything.

Diablo Cody Is Having A Baby!