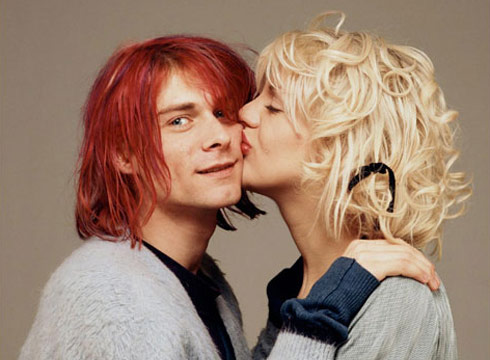 While participating in NME’s tribute to Kurt Cobain on the 20th anniversary of his death (April 5), Courtney Love indicated that she has a strong desire to put together a Broadway musical about the late Nirvana front man.

Love stated that it was Cobain’s fans who have pushed for a stage production:

“After being swarmed by tons of Nirvana fanmail and social media posts pushing for a musical to become a reality, both Frances Bean Cobain, and I have thought long and hard and agreed that if we can reach up to the highest shelf and select a team of the greatest and most respected writers, producers and directors, then a Broadway musical is very likely to happen.”

Love then emphasized how important the realization of this idea could be for her and Kurt’s daughter, Frances Bean:

“There would have to be a story, and a great story, one that hasn’t been told before. I would devote countless hours with an A-team to create a project that reflects Kurt in the most respectful but honest way possible, so that his story, his music and his legacy can be resurrected on stage for not only the world to see, but more importantly for our daughter to see. I know her father’s spirit will be on that stage, and sitting in that theatre with her will be the most emotional experience of our lives.”

In a little additional Nirvana news – It’s been announced that Michael Stipe will be inducting the band into the Rock & Roll Hall of Fame at this year’s ceremony happening April 10 at the Barclays Center in Brooklyn.