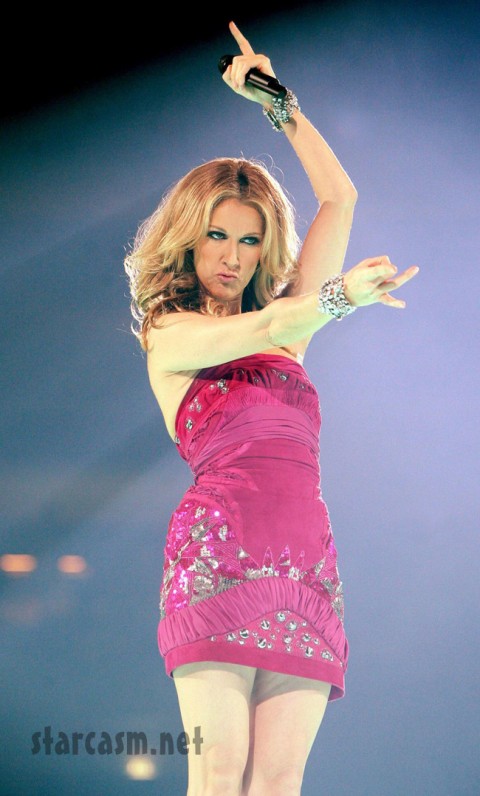 It’s been confirmed! Céline Dion, 41, is expecting her second child with her husband, 67-year-old René Angélil. René is 26 years older than Celine, and managed her during her breakthrough to superstardom. He even mortgaged his house to help Céline’s dream. The couple was married in 1994 and had their first child, René-Charles Dion Angélil, January 25, 2001 through the help of fertility expert Dr. Zev Rosenwaks. Celine took some time off from singing after her World Tour ended this March to work with Dr. Rosenwaks again to conceive a second child.

Looks like the fertility magic worked! Céline’s due to go back to the grindstone in Vegas next fall, but in the meantime she’ll be working hard incubating her baby.

Although René Angélil is best known for rocketing his wife to pop star success, he tried his hand in the pop singing game long before he met Céline. In the 1960s he was part of a pop band, Québec’s Smithtones, in Montreal. They actually had a few hits, including a French translation of the Beatles’ “Hold Me Tight”, called “C’est Fou, Mais c’est Tout.” He’s recently had some success in poker circuits, placing in the money at the 2007 Mirage Poker Showdown, part of the World Poker Tour.

Céline and René seemed to have a Lolita-esque relationship, but it’s definitely held steady over the years and brought them both loads of success. If it works, it works.

PHOTOS What do Kandi and Brandi look like now? My 600 Lb Life stars smitten with Brandi’s baby