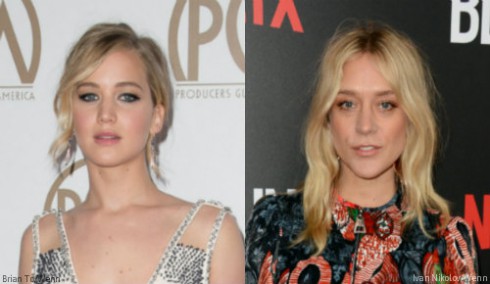 It Girl vs. It Girl! Chloe Sevigny, of 1990s superstardom, took aim at the current girl of the moment, Jennifer Lawrence, in a new interview with V Magazine.

As for the course of her own career, Chloe said she thinks others have wrongly pegged her as someone with more personality than acting ability.

“What I did on Big Love, Hit & Miss, and American Horror Story, it’s not like I’m just playing the same character over and over again,” she said. “I would like to be respected more as an actress. It’s not like I can complain about anything. I think I’ve had great opportunities, but you can always have more.”

Chloe now appears in Netflix’s Bloodline and is releasing her self-titled first art book in April. For more from her interview, check out V Magazine.

Jennifer Lawrence: ‘I do love my Real Housewives’