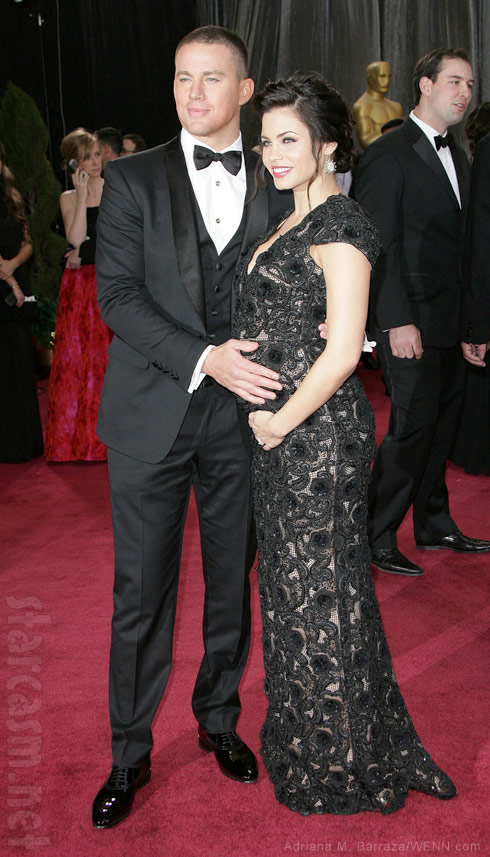 Planet Earth now has a new contender for biggest DILF after Magic Mike star Channing Tatum’s wife Jenna Dewan-Tatum gave birth in London on Thursday, May 30. The sex of the baby is still unknown, but there are a couple things we do know — it’s gonna be gorgeous and it’s gonna be a great dancer! 😉

UPDATE – People has revealed the sex of Channing and Jenna’s baby! Are you ready? It’s a…. GIRL!

Channing and Jenna have had an easy time keeping the sex of their baby a secret because they didn’t know either. “We don’t know if it’s a boy or girl,” Channing told E! News. “We’re going to be surprised. It’s one of the only real surprises you’re ever going to get that’s legit.”

Next month production on Channing’s film is scheduled to move to Chicago and Jenna is scheduled to begin filming the Lifetime series Witches of East End in Vancouver about that time as well.

Channing and Jenna announced they were expecting their first child back in December. The two actors and dancers met on the set of Step Up in 2006.

We will update this post as soon as we find out the sex of the Tatum tot!